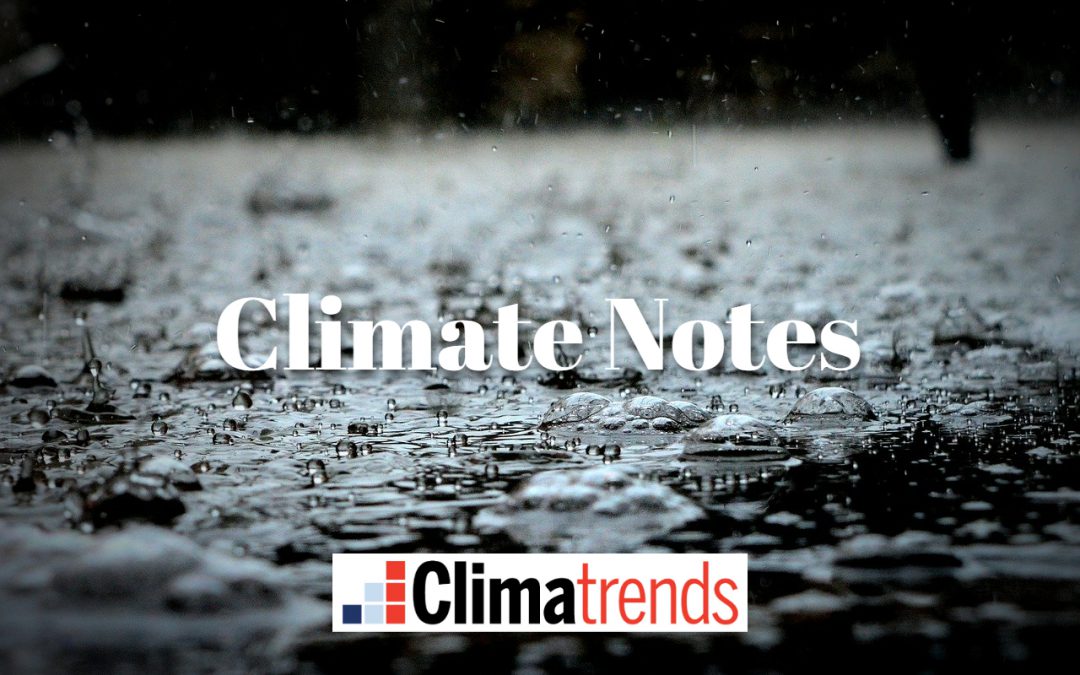 Mitigating the Effects of Extreme Rainfall Events in a Changing Climate. Evidence continues to show that extreme rainfall events are increasing in frequency in a warming world. How can we mitigate the impacts? Phys.org has a summary of new research; here’s a clip: “…Record breaking rainfall extremes in general and short duration rainfall events in particular are increasing in frequency in a warming climate as the rate of evaporation and the atmosphere’s capacity to hold water both increase. Physically, these relationships are well understood and an increase in regional rainfall extremes can be found in observations globally and at a local scale leading to an increase in flood damages within the historic datasets and under future high emission projections. To express the Germany flooding event from a climate change perspective, the rapid attribution study from the World Weather Attribution Project found that the event was made 1.9 to nine times more likely by climate change. In addition to thermodynamic factors that increase the likelihood of record-breaking rainfall extremes, atmospheric dynamics often contribute in making an extreme weather event more severe…”

In Hot Water: Ocean Heat and Our Warming World. We often fixate on air temperatures when heat content in the world’s oceans may be responsible for many of the changes we’re witnessing in day to day weather. NOAA NCEI explains: “The global ocean is heating up, with far-reaching consequences. As the planet has warmed, the ocean has provided a critical buffer, slowing the effects of climate change by absorbing more than 90 percent of the excess heat in the Earth’s system. Because the ocean plays such a critical role in our climate system, it is an important research topic for climate scientists. Subsurface ocean temperatures are a consistent way to track the effects of greenhouse gas emissions because they are only faintly influenced by short-term weather patterns...”

12 Disappearing Glaciers Around the World. Mental Floss runs down the list: “Earth’s glaciers—mountainous masses of moving ice—cover an estimated 10 percent of the planet and store nearly 70 percent of the world’s fresh water. But these frozen giants, which exist on every continent except Australia, are facing extinction. Thanks in part to global warming, roughly 28 trillion tons of ice has vanished since the mid-1990s, and 1.2 trillion tons now disappear each year. Here are a few “rivers of ice” from around the world retreating at a rapid rate...”

Climate Change Making Earth’s Crust Shift in Weird, New Ways. People ask me if climate change may be sparking more quakes, and I hadn’t seen any possible connection with tremors until reading a Gizmodo post: “Both the Greenland and Antarctic ice sheets—the world’s two largest bodies of ice—are melting at an alarming rate, causing major problems for local ecosystems and coastal communities alike. Now, in yet more evidence that the climate crisis is changing everything in bizarre and profound ways, new research suggests that the meltdown is warping the Earth’s crust. The new study, published in the journal Geophysical Research Letters last month, analyzes satellite data of ice melt from 2003 to 2018. The authors paired this data with a model showing how changes in ice mass affect the crust. The model showed that much of the northern hemisphere moved horizontally because of melting ice in Greenland and the Arctic...”

Landsat Launches Powerful Landsat 9 Satellite to Monitor Climate Change, Forest Cover and More. Space.com reports on a new tool to monitor the rapid changes we see all around us: “NASA’s newest Earth-observing satellite has made it to space. The spacecraft, called Landsat 9, will help extend the 50-year continuous record of global imagery collected by the Landsat family of satellites since 1972. Perched atop a United Launch Alliance (ULA) Atlas V rocket, Landsat 9 blasted off from Vandenberg Space Force Base in California right on time at 2:12 p.m. EDT (11:12 local time and 1812 GMT) today (Sept. 27), marking the installation’s 2,000th launch since 1958. The spacecraft separated from its rocket ride as planned, about 80 minutes after liftoff...” 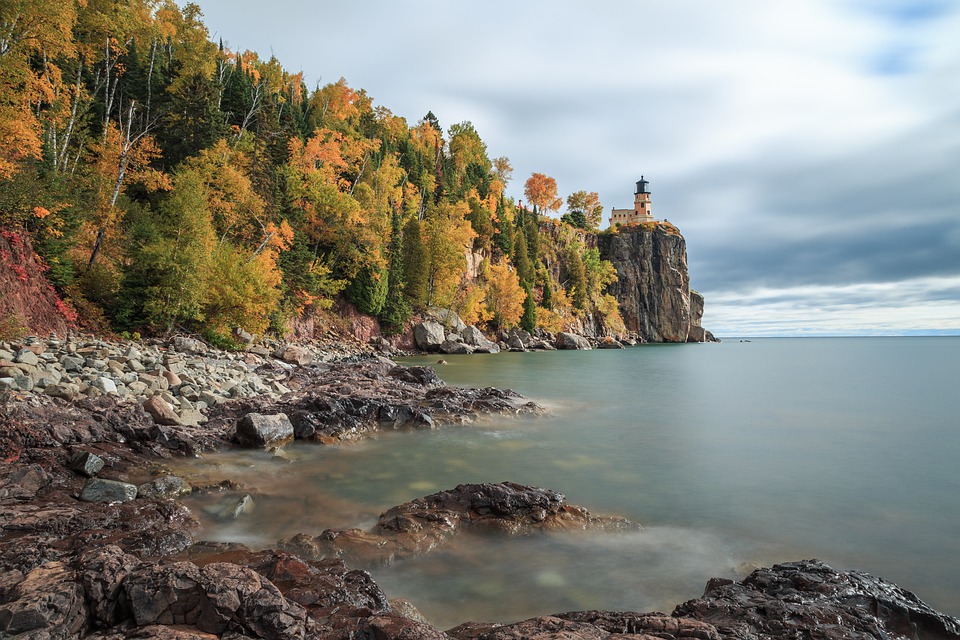 Under Student Pressure, University of Minnesota to Phase Out Fossil Fuel Investments. The Star Tribune reports: “The University of Minnesota plans to withdraw all of its investments in fossil fuel-related companies over the next five to seven years amid pressure from students who want the school to do more to fight climate change. The U shared details about its intention to move away from fossil fuel investments this week after student government leaders at the Twin Cities campus renewed demands for the state’s flagship university to divest from coal, oil and natural gas. “Students and community members have been pushing for this for so many years at this point,” said senior Maddie Miller, environmental accountability committee director for the Minnesota Student Association, the U’s undergraduate student government. “This is just one really small step in the grand scheme of things...”

Today’s Kids Will Live Through Three Times as Many Climate Disasters as Their Grandparents, Study Says. The Washington Post (paywall) has details: “Adriana Bottino-Poage is 6 years old, with cherub cheeks and curls that bounce when she laughs. She likes soccer, art and visiting the library. She dreams of being a scientist and inventing a robot that can pull pollution out of the air. She wants to become the kind of grown-up who can help the world. Yet human actions have made the world a far more dangerous place for Adriana to grow up, according to a first-of-its-kind study of the impacts of climate change across generations. If the planet continues to warm on its current trajectory, the average 6-year-old will live through roughly three times as many climate disasters as their grandparents, the study finds. They will see twice as many wildfires, 1.7 times as many tropical cyclones, 3.4 times more river floods, 2.5 times more crop failures and 2.3 times as many droughts as someone born in 1960...”

Climate Change is the New Dot-Com Bubble. WIRED.com has an interesting Op-Ed; here’s a clip: “…I assume that the money will come. There are too many hot days for it not to. And obviously I want things to go differently this time. But I don’t know how you bootstrap a globe-spanning bureaucracy yesterday. I can’t even tell you what infrastructure we need, just that in general infrastructure evolves, slowly, in response to tragedy. Worse, if my déjà vu is accurate and history repeats itself—if the internet was the last big thing, and climate is the next big thing (or the last big thing)—then we aren’t at the precipice of a new era. We’re at the beginning of a bubble. The trillions in investment have to go somewhere. By the time all the money is spent, the companies in my ebook will probably be gone, save for a few dozen. Rolled up, evaporated. And then what? It’s not like we can just wait for the market to recover and see what happens...”

Ecoside: Should Destruction of the Planet Be a Crime? Inside Climate News has the post; here’s the intro: “At many moments in history, humanity’s propensity for wanton destruction has demanded legal and moral restraint. One of those times, seared into modern consciousness, came at the close of World War II, when Soviet and Allied forces liberated the Nazi concentration camps at Auschwitz and Dachau. Photographs and newsreels shocked the conscience of the world. Never had so many witnessed evidence of a crime so heinous, and so without precedent, that a new word—genocide—was needed to describe it, and in short order, a new framework of international justice was erected to outlaw it. Another crime of similar magnitude is now at large in the world. It is not as conspicuous and repugnant as a death camp, but its power of mass destruction, if left unchecked, would strike the lives of hundreds of millions of people. A movement to outlaw it, too, is gaining momentum. That crime is called ecocide...”