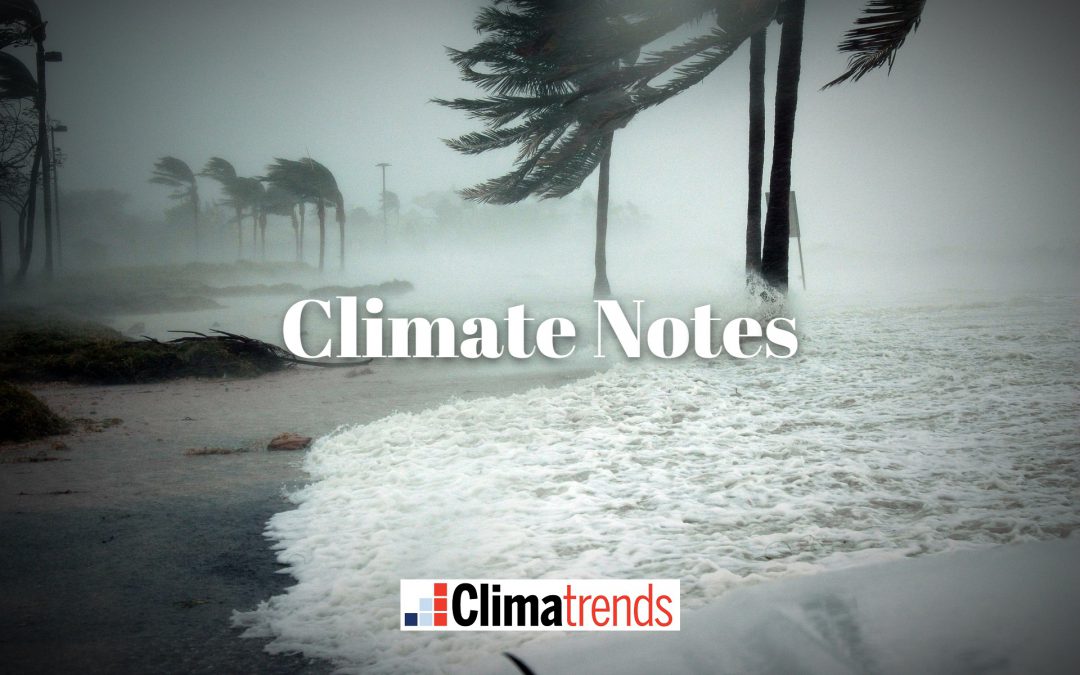 Billions for Climate Protection Fuel New Debate: Who Deserves it Most. The New York Times (paywall) has the story; here’s the intro: “The new infrastructure law signed by President Biden includes almost $50 billion to protect communities against climate change, the largest such investment in United States history and a recognition that the effects of warming are outpacing America’s ability to cope. Mr. Biden has insisted that at least 40 percent of the benefits of federal climate spending will reach underserved places, which tend to be low income, rural, communities of color, or some combination of the three. But historically, it is wealthier, white communities — with both high property values and the resources to apply to competitive programs — that receive the bulk of federal grants. And policy experts say it’s unclear whether, and how quickly, federal bureaucracy can level the playing field…”

Climate Change May Make Hurricanes Hit Sooner and Last Longer. The 2021 hurricane season proved to be an extreme one with 21 storms from June 1st to November 30th. The season ran through the entire name list for the second year in a row. Is this a trend? Evidence continues to mount that climate change is impacting the frequency and intensity of hurricanes. Here’s an excerpt from a research summary at WIRED.com (paywall): “…In a study published in November in the journal Earth’s Future, a team from three universities examined storm tracking data from the past 100 years and used it in a global climate model that takes into account changes in environmental conditions caused by heat-trapping greenhouse gases, such as carbon dioxide and methane. The researchers focused on the Northeast US, which has the largest population centers living along the coast. “We found that storms are forming a little more north and west in the Atlantic, moving faster toward the Southeast coast and traveling their slowest along the East Coast,” says lead author Andra Garner, an assistant professor of environmental science at Rowan University in New Jersey. “It was a surprising finding.” The study finds that Norfolk, Virginia and Boston will be more at risk from tropical storms by the end of this century, while New York City residents will face slightly less risk…”

Flood Insurance Rates Rise With Risk Levels: Climate Nexus has headlines and links: “More than a million American homeowners are set to see higher flood insurance rates as inland flooding becomes more common, the AP reports. The rate hikes are part of a FEMA effort to revamp insurance policies and rates to more accurately reflect increased flood risks, which have strained the National Flood Insurance Program, especially in areas where flood insurance is not required. “We’ve learned that the old way of looking at risk had lots of gaps, which understated a property’s flood risk and communicated a false sense of security,” David Maurstad, a senior NFIP executive, told the AP. Climate change, primarily caused by the extraction and combustion of fossil fuels, is increasing flooding risks across the country by increasing the strength of hurricanes and the intensity of rainstorms.” (AP; Climate Signals background: Flooding, Extreme precipitation increase, Hurricanes)

2021’s Weather Disasters Brought Home the Reality of Climate Change. National Geographic has a good summary of the more noteworthy examples of weather disruption: “From punishing heat in North America to record-breaking floods in Europe and Asia, this year’s weather showed us what it looks like to live in a world that has warmed by 2 degrees Fahrenheit (1.1 degrees Celsius) over the past century. “Dangerous climate change is already here. That’s a harsh reality we need to recognize,” says Michael Wehner, an extreme weather researcher at the Lawrence Berkeley National Laboratory. Extreme weather is already taking homes, businesses, and lives. Canada’s recent floods may be the most expensive in the country’s history, potentially costing an estimated $7.5 billion. The 18 weather disasters that hit the United States in 2021 together cost more than $100 billion, according to the most recent estimates...”

Climate Change Data Deluge Has Scientists Scrambling for Solutions. It’s all about the data, according to a recent post at The Wall Street Journal (paywall): “A deluge of climate data from a world in flux has scientists scrambling to find ways to store, analyze and preserve vast and unprecedented amounts of information about the effects of rising global temperatures. Earth’s future may depend in part on whether their efforts measure up. For decades, scientists working to predict changes in the climate relied mostly on calculations involving simple laws of physics and chemistry but little data from the real world. But with temperatures world-wide continuing to rise—and with data-collection techniques and technologies continuing to advance—scientists now rely on meticulous measurements of temperatures, ocean currents, soil moisture, air quality, cloud cover and hundreds of other phenomena on Earth and in its atmosphere...”

3 Questions About Climate Change That Need to Disappear in 2022. Dr. Marshall Shepherd has an essay for Forbes.com: “Yes. Yes. Yes. I will even go further. As I recently told reporter, we don’t have to refer to it as a “new normal.” It is the normal. One of my climate communication goals from is to kill the narrative of future tense and climate change impacts. For too long, we have discussed what is going to happen in future years, decades or centuries. Here’s the news flash, y’all. It is here. Attribution studies are improving and continue to affirm that the DNA of climate change is firmly a part of contemporary extreme weather events. Honesty, I am beyond rehashing the list of record-breaking storms or $1 billion dollar climate disasters in a given year. That’s the world we are now living in…”

Climate Change Crisis: Golf Courses on Borrowed Time as Earth’s Weather Patterns Become More Wild. A post at CNN.com caught my eye; here’s an excerpt: “…The president of the American Society of Golf Course Architects (ASGCA), Jason Straka, told CNN Sport how the climate crisis has been affecting golf in flood-threatened Florida, and in Ohio and Utah, which have been hit by warmer-than-usual weather and even drought. “Clubs never used to have to close after two-inch rain, now they do. They also experience sunny day flooding,” said Straka. In Miami, authorities are raising public drains to a minimum of 3.4 feet, but more than 50% of courses in the city are under this minimum, which rings alarm bells for Straka. “If they don’t go out and literally lift their footprint up in the air, they’re going to be in a perpetually deeper and deeper bathtub,” he said. “If they think they have problems now, in 10 years, they’re going to be a swamp.” But change will equate to cost, which is where golf’s critics find their voice once more: courses are just not sustainable anymore...”

Earth is Getting a Black Box to Record Our Climate Actions, and It’s Already Started Listening. ABC News in Australia has details: “…When an aeroplane crashes, it’s left to investigators to sift through the wreckage to recover the black box. It’s hoped the recorded contents can be used to help others avoid the same fate. And so it is with Earth’s Black Box: a 10-metre-by-4-metre-by-3-metre steel monolith that’s about to be built on a remote outcrop on Tasmania’s west coast. Chosen for its geopolitical and geological stability, ahead of other candidates like Malta, Norway and Qatar, the idea is that the Tasmanian site can cradle the black box for the benefit of a future civilisation, should catastrophic climate change cause the downfall of ours. If that sounds unhinged, it’s worth remembering that we’re currently on track for as much as 2.7C of warming this century...” 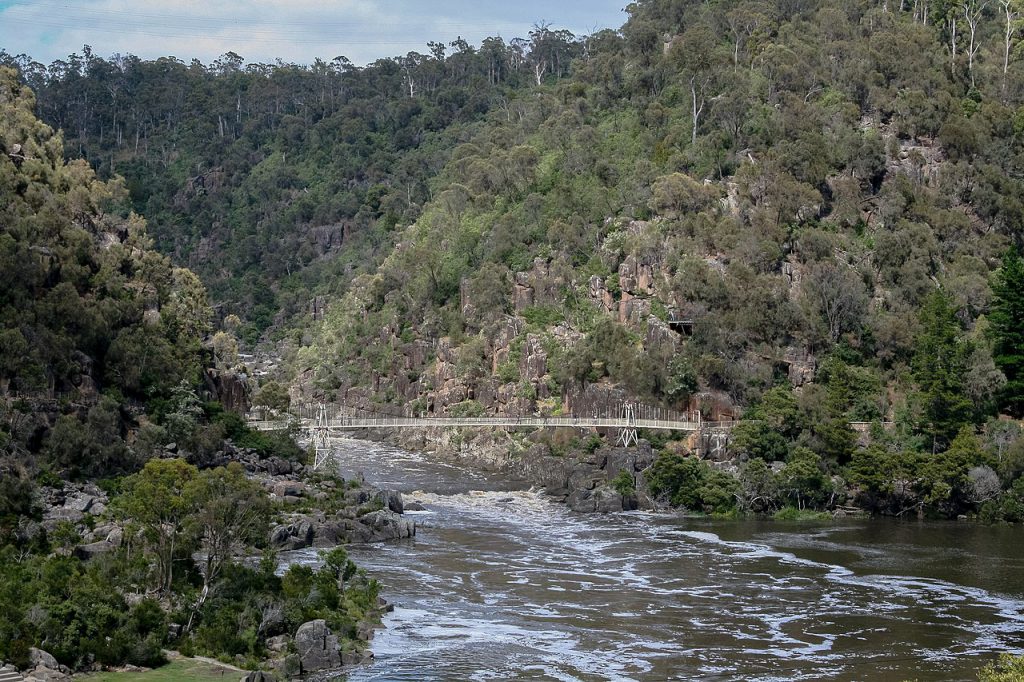