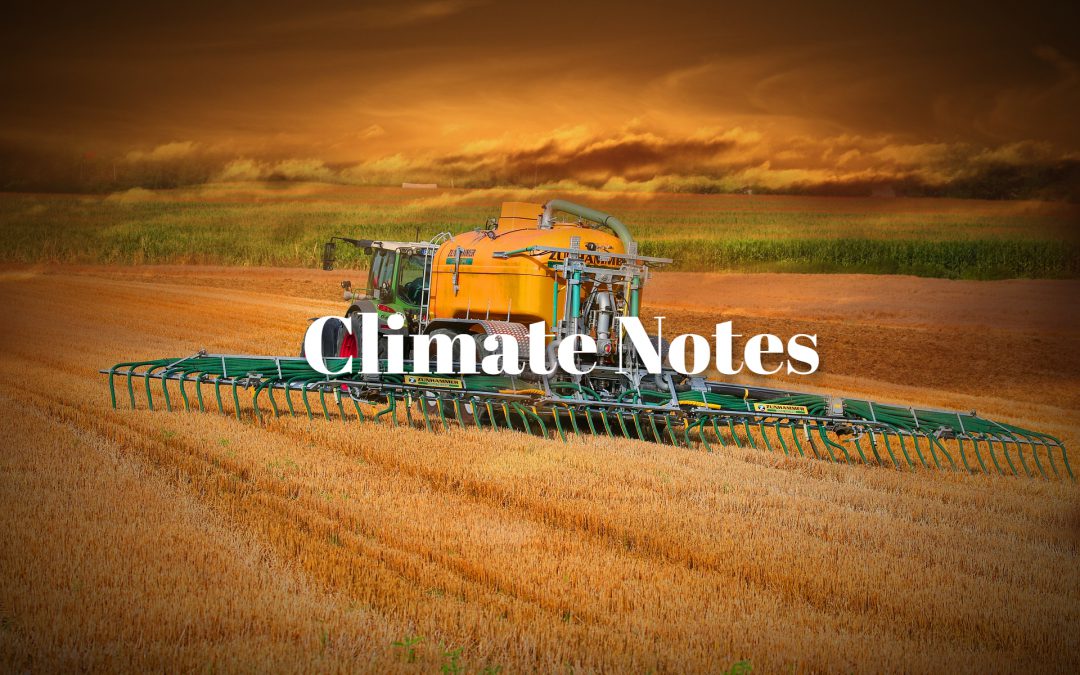 Minnesota, the Midwest are Central in Combating Climate Change. Star Tribune provides analysis: “Earth lovers, here’s today’s quiz: Which sector of the Minnesota economy is spewing the most planet-warming carbon into the atmosphere? Is it A) transportation; B) electricity generation; or C) agriculture, forestry and other land uses? If you picked A, you get an A — and you’ll likely agree that it was a good thing that the chair of the Minnesota House Transportation Finance and Policy Committee was in Glasgow, Scotland, for the recent United Nations climate change Conference of the Parties, known as COP26. Rep. Frank Hornstein, DFL-Minneapolis, was one of only two state legislators who joined more than 60 other Minnesotans at COP26…”

Exxon Lobbyist Questions Urgency of Climate’s Catastrophic Risks. The Washington Post (paywall) reports: “Just last month, ExxonMobil CEO Darren Woods assured lawmakers his company neither disputed the scientific consensus on climate change nor lobbied against efforts to cut carbon pollution. But a lobbyist for the oil giant struck a different tone less than two weeks later, according to a recording obtained by The Washington Post, suggesting global warming might not be so dire. Erik Oswald, a vice president and registered lobbyist for Exxon, during a Nov. 9 panel hosted by the Interstate Oil and Gas Compact Commission in Santa Fe, N.M., highlighted his firm’s financial interest in curbing carbon emissions rather than the dangers posed by climate change. “Is it catastrophic inevitable risk? Not in my mind. But there is risk,” he said, according to a recording that the watchdog group Documented shared with The Post…”

White House Launches New Climate Policy Division Within OSTP: More links and headlines from Climate Nexus: “The White House launched a new division within the Office of Science and Technology Policy to develop climate policy on Wednesday. Sally Benson will head the new effort to craft policy to move the U.S. towards achieving the goal of 100% clean electricity by 2035, including shifting away from fossil fuels to renewable energy and electrifying America’s building and transportation sectors.” (Washington Post $, Politico Pro $, CNN).

In a Stark Letter, and In Person, Researchers Urge World Leaders at COP26 to Finally Act on Science. Or did we just get another heaping diplomatic serving of blah-blah-blah. Here’s an excerpt from Inside Climate News: “As COP26 delegates went into overtime Friday night, shaping the language of their final climate communiques into something all 197 countries could agree on, scientists from around the world issued their latest, and perhaps starkest warning. “We, climate scientists, stress that immediate, strong, rapid, sustained and large-scale actions are necessary to hold global warming to well below 2°C and pursue efforts to limit it to 1.5°C,” they wrote in a Nov. 11 letter to the conference. More than 200 scientists from every continent signed the letter to remind delegates at the conference that there’s no negotiating with science, said Sonia Seniveratne, a climate researcher with ETH Zürich and lead author of the latest climate science report from the Intergovernmental Panel on Climate Change…”