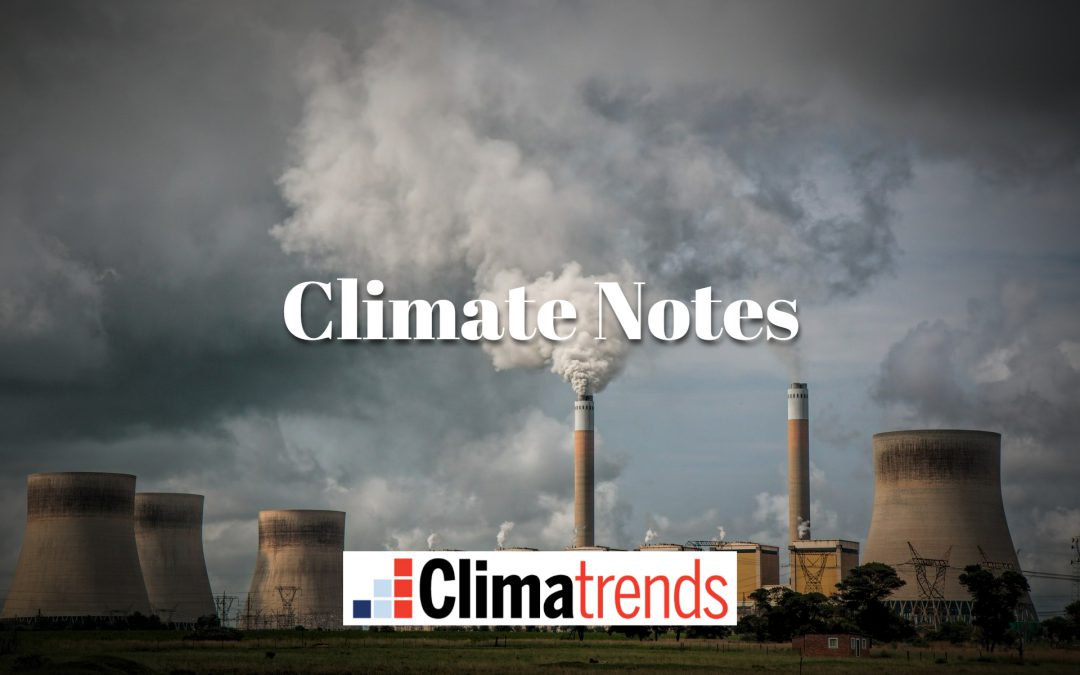 Effort to Phase Out Fossil Fuels Gains Momentum at COP26. CNN.com reports: “The push to phase out fossil fuels is gaining momentum at the COP26 climate summit. At least 20 countries have agreed to end financing for fossil fuel projects abroad, a UK official told CNN, in a deal expected to be announced Thursday. Another source close to the COP26 climate summit negotiations said that the US was party to the agreement. Officials at the US State Department did not respond to CNN to confirm the country’s involvement. Several countries had already agreed to end international financing for coal, but this agreement would be the first of its kind to include oil and gas projects as well. The deal “represents a change in norms that would have been unthinkable only a few years ago,” Iskander Erzini Vernoit, a climate finance expert at think tank E3G, told CNN. “We’ve seen this go from the niche frontier concepts to at the core of the mainstream…”

“Peer Pressure” and “Humiliation” is Key at COP26. Axios has more perspective on what is happening in Stockholm: “John Kerry, in a quick aside with a few reporters here, offered the glass-half-full take on why a bunch of voluntary pledges to ward off climate change catastrophe is good reason for real hope. The U.S. special climate envoy, moments after 100+ nations agreed to steeply reduce the potent planet-warming gas methane, was asked about the absence of ways to enforce it. “We have incredible accountability through satellite measurements. And in most of this, it’s peer pressure and public scrutiny and humiliation and other things that act as incentives,” he said...”

Negotiators Get Down To Business Next To The Rooms Where It Happens: Climate Nexus has more perspective, headlines and links: “As Scotland’s last surviving patch of snow melts for just the eighth time in 300 years and big-name global leaders head home, COP26 negotiators are getting down to business. The mask-to-mask negotiations are key to hammering out the arcane and important details, but COVID-19 protocols and poor planning by organizers have sidelined negotiators from less wealthy nations most vulnerable to and least responsible for the climate crisis — including in negotiations over how to allocate the UN’s Green Climate Fund, which finances projects in developing countries hardest hit by climate change. “The deals are made very often outside of the [official negotiating] room,” longtime negotiator Yamide Dagnet of WRI told the AP. That limits the ability of negotiators from developing countries from fully participating because organizers dolled credentialed 39,509 people for a venue with a maximum capacity of 10,000 and internet connections are spotty. “In the hallway, you meet someone, and that’s where you agree on that comma versus that semicolon, and that’s what’s missing” in virtual meetings, Tosi Mpanu Mpanu, who chairs one of the two main UN negotiating groups, told the AP.” (Snow: The Guardian, Gizmodo; Negotiations: AP, Washington Post $; Green Climate Fund: Washington Post $; Credentials: New York Times $)

As Earth Warms, Old Mayhem and Secrets Emerge From the Ice. With any luck no lethal pathogens will rise up from the melting permafrost. The New York Times (paywall) has a fascinating story – here’s an excerpt: “…To date, the Glacier Archaeology Program has recovered about 3,500 artifacts, many preserved in extraordinary delicacy. Norway has more than half of the prehistoric and medieval finds from the ice globally. A freshly unfrozen alpine pass at Lendbreen — in use from about 600 to 1,700 years ago — yielded evidence of the tradespeople who traversed it: horseshoes, horse dung, a rudimentary ski and even a box filled with beeswax. Over the last decade, the relics melting out of the Alps have included the mummified remains of a Swiss couple missing since 1942 and the wreckage of an American military plane that crash-landed during turbulent weather in 1946. In Russia, scientists have regenerated reproductive tissue from unripe fruits of a narrow-leafed campion freeze-dried under the tundra for 32,000 years…”

7 Takeaways from COP26 Day 2. Restricting methane emissions worldwide would be another big step in the right direction. CNN.com has context: “…Around 100 nations and parties have signed on to a global pledge to cut methane emissions by 30% of 2020 levels by 2030, the European Commission President Ursula von der Leyen announced in Glasgow on Tuesday. Methane, which is the main component of natural gas, is an extremely potent greenhouse gas. Invisible and odorless, it has 80 times more warming power in the near-term than carbon dioxide. Von der Leyen said cutting the methane emissions “will immediately slow down climate change.” Helen Mountford, the vice president of climate and economics at World Resources Institute, an environmental research organization, said cutting methane emissions was essential to prevent the planet from warming beyond 1.5 degrees Celsius, a key threshold identified by scientists…”

Will COP26 Deforestation Pledge Be Game-Changer or Broken Promise? Here’s a clip from an analysis at Thompson Reuters Foundation: “A new pledge by world leaders to halt deforestation by 2030 is likely to fail unless quickly backed by more funding, transparent monitoring and tough regulation of businesses and financiers linked to forest destruction, environmentalists warn. More than 100 global leaders late Monday pledged to halt and reverse deforestation and land degradation by the end of the decade, underpinned by $19 billion in public and private funds to invest in protecting and restoring forests. The commitment – made at the COP26 climate talks in Glasgow – included countries such as Brazil, Indonesia and the Democratic Republic of Congo which collectively account for the majority of the world’s tropical forests. While broadly welcomed, many conservationists noted that similar zero deforestation pledges had repeatedly been made and not met by both governments and businesses. Those include the 2014 New York Declaration on Forests (NYDF), the United Nations sustainability goals and targets set by global household brands...”

One Big Reason Why COP26 Actually Matters. Perspective from TIME.com; here’s an excerpt: “…Similar to past meetings, COP26 is unlikely to yield any firm binding commitment along the lines needed to keep the 1.5°C target within reach. But it can help accelerate things in the right direction. Enough momentum to scrap coal would signal to investors that it’s time to drop the fossil fuel. A commitment to end deforestation would put pressure on companies reliant on illegal logging. Even just reiterating the 1.5°C target with any credible path to get there would signal that governments are going to go deeper and, just maybe, try everything. None of this is guaranteed, but the possibilities should make COP hard to ignore for anyone who cares about climate change.”

How to Measure Success at COP26. The author at Grist reminds us to expect momentum, not magic: “…There’s a simple reason that experts think this gathering cannot force radical change onto the world: It operates via consensus. Any single member of the 199 countries meeting in Glasgow can derail the whole process by saying, “no.” The United Nations can’t strong-arm the world’s biggest polluters, China and the United States — or even tiny Lichtenstein — into reducing emissions. Negotiators also just don’t have that much latitude even with their own governments. They can’t strike an ambitious deal to, say, shut down the oil industry, and then come home and impose that decision on their country. If Saudi Arabia, the world’s largest oil exporter, abruptly stopped producing fossil fuels, it would likely collapse. That helps explain why the monarchy has set a date of 2060 to go “net zero,” a decade after the widely accepted goal. Each government is limited by its own economic reality and political processes...”

Fossil Fuel Financiers Announce New Climate Finance Group: Climate Nexus has headlines and links: “A new group of banks and financial firms that claims to be able to provide $100 trillion in private financing over the next thirty years to help countries hit climate targets launched at COP26 today. The Glasgow Financial Alliance for Net Zero is made up of more than 450 banks, asset managers, and insurers. However, the group includes major funders of fossil fuels, including J.P. Morgan Chase and BlackRock. “This announcement yet again ignores the biggest elephant in the room,’’ Stand.earth climate finance director Richard Brooks told the Financial Times. “We cannot keep under 1.5 degrees [warming] if financial institutions don’t stop funding coal, oil, and gas.” (FT $, Wall Street Journal $, Bloomberg $, Washington Post $).