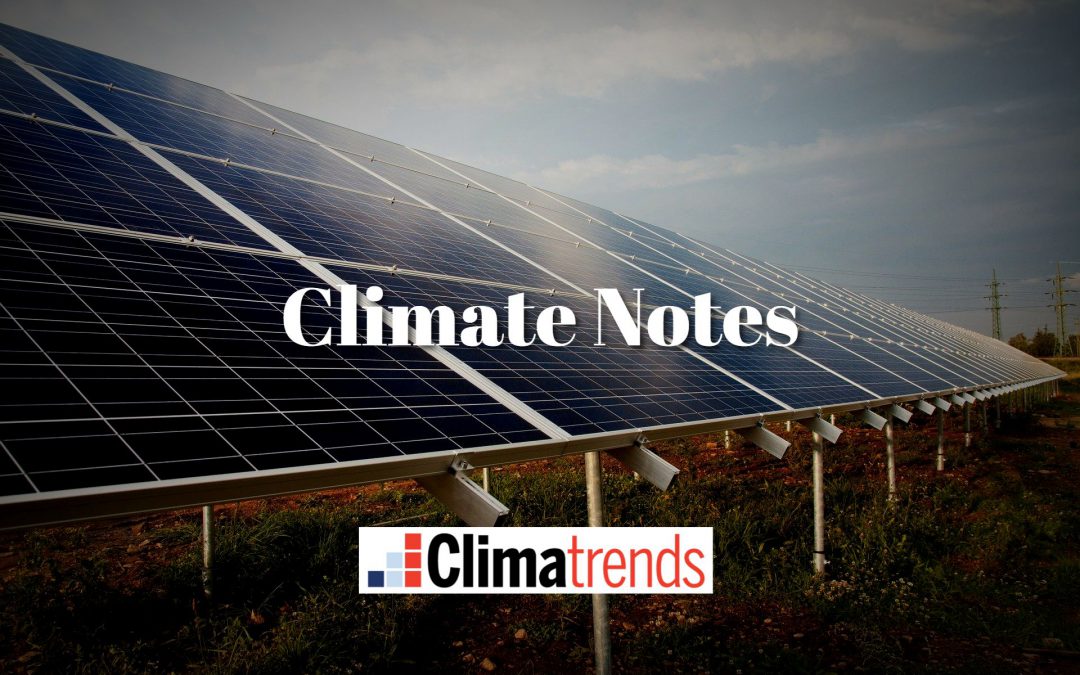 IEA Says ‘Unprecedented’ Renewables Boom Will Continue But Needs To Be Faster: Headlines and links via Climate Nexus: “Global renewable energy capacity jumped 45% last year, the biggest annual increase since 1999, and will need to accelerate in order to meet net zero targets, a new report from the International Energy Agency says. The “unprecedented boom” in renewables the IEA predicts will become a “new normal” was driven largely by a 90% increase in global wind energy capacity. “Renewables currently are expanding rapidly, but it should be faster,” said Heymi Bahar, a renewables analyst at the IEA. “If your target is net-zero, it has to be faster.” While the IEA expects renewables growth to continue at 2020’s pace the sector will need to expand even faster in order to both replace coal and gas and meet new power demand driven by the electrification of transportation and industry.” The future of renewables will be interesting to follow. (Bloomberg $, NPR, Wall Street Journal $, Reuters, The Guardian, The Verge, CNBC, Axios, Washington Examiner)

One Map Reveals a Warning for the Climate. CBS News explains: “…It’s clear from Hawkins’ map that the greatest warming on Earth is happening in the Arctic Circle area, where temperatures are rising at about 3 times the pace of the global average. Due to rapid warming, Arctic sea ice extent during its yearly minimum has been sliced in half. That floating sea ice does not contribute to sea level rise, but less ice means amplified warming — a warming feedback loop which quickens the pace of global warming. It’s this amplified warming of the Arctic that’s causing Greenland’s ice to melt 6 times faster than it did in the 1990s. This rapid ice melt from Greenland, scientists say, is what’s responsible for that big blue bullseye of regional cooling in Hawkins’ image. Here’s how it happens…”

Los Angeles Fire Season is Beginning Again. And It Will Never End. Fires are burning longer, larger and hotter and the extended outlook is troubling, reports New York Intelligencer: “…It is expected that by 2050, the area burned each year by forest fires across the western United States will at least double, and perhaps quadruple, what it is today as a result of warming. That is just three decades from now — the length of the mortgages that banks have extended to the homes on those fire-prone lands. After that, the picture becomes ­murkier — projections diverge, mid-­century, in part because different scientists take different approaches to estimating just what the fire environment will look like in a particular ecosystem once all its land has burned. In greater Los Angeles, that could happen as soon as 2050, when past experience, harrowing and biblical as it may seem, could cease to be any kind of guide for what’s ahead…”

Pathways and Pitfalls in Extreme Event Attribution. How much is “natural” vs. flavored by a warmer, wetter, more volatile climate system? SpringLink has the paper here: “…Nowadays, whenever an extreme weather or climate event occurs, the question inevitably arises whether it was caused by climate change or, more precisely, by the influence of human activities on climate. The interpretation of this question hinges on the meaning of the word ‘caused’: just as in the connection between smoking and lung cancer, the influence of anthropogenic climate change on extreme events is inherently probabilistic. Allen (2003) proposed that a related question could be answered: how has climate change affected the probability of this extreme event occurring? The process to answer these questions is referred to as ‘extreme event attribution’ and also includes attributing the change due to anthropogenic climate change in other characteristics, such as the intensity of the event. Since its initiation in 2015, the World Weather Attribution (WWA), an international collaboration of climate scientists, has sought to provide a rapid response to this question in a scientifically rigorous way for many extreme events with large impacts around the world...”

A Third of Global Food Production At Risk From Climate Crisis. The Guardian reports: “A third of global food production will be at risk by the end of the century if greenhouse gas emissions continue to rise at their current rate, new research suggests. Many of the world’s most important food-growing areas will see temperatures increase and rainfall patterns alter drastically if temperatures rise by about 3.7C, the forecast increase if emissions stay high. Researchers at Aalto University in Finland have calculated that about 95% of current crop production takes place in areas they define as “safe climatic space”, or conditions where temperature, rainfall and aridity fall within certain bounds...”

Fossil Fuels, Climate Change and India’s COVID-19 Crisis. Here’s an excerpt from an analysis at TIME.com: “…There’s been some research on air pollution and COVID-19 in India specifically, but it’s probably first worth looking at the bigger picture. A slew of studies have shown direct links between exposure to air pollution and vulnerability to COVID-19. One paper published in December in the journal Cardiovascular Research found that chronic exposure to particulate matter—a type of pollution that results from a mix of chemicals that come from sources like smokestacks and fires—is likely linked to some 15% of global COVID-19 deaths. Particulate matter doesn’t just come from fossil fuels, but the study’s authors found that more than 50% of air pollution-linked COVID-19 deaths are specifically connected to fossil-fuel use...”