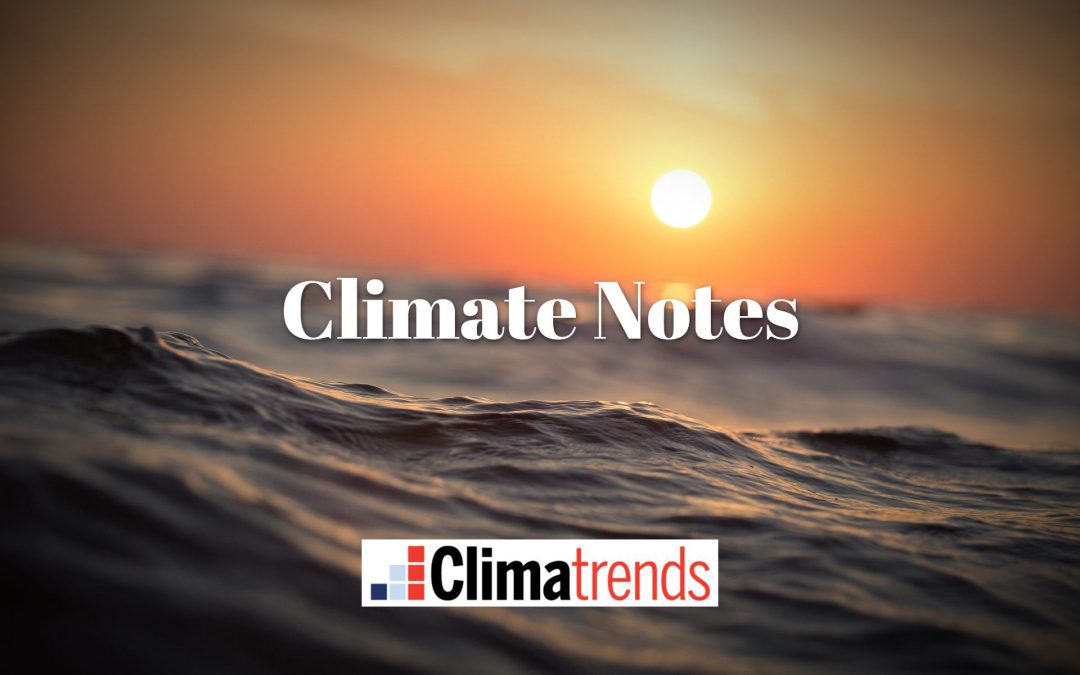 Tiny Town, Big Decision: What Are We Willing to Pay to Fight Rising Seas? Here’s an excerpt about the challenges of rising seas from a story at The New York Times (paywall): “…The risk to tiny Avon from climate change is particularly dire — it is, after all, located on a mere sandbar of an island chain, in a relentlessly rising Atlantic. But people in the town are facing a question that is starting to echo along the American coastline as seas rise and storms intensify. What price can be put on saving a town, a neighborhood, a home where generations have built their lives? Communities large and small are reaching for different answers. Officials in Miami, Tampa, Houston, San Francisco and elsewhere have borrowed money, raised taxes or increased water bills to help pay for efforts to shield their homes, schools and roads...”

How Fast Are Oceans Rising? The Answer May Be In Century-Old Shipping Logs. Knowing exactly how much inundation to expect and how fast it’s happening in each city can be tricky. Sea levels rise at different rates in different places due to the movement of the Earth’s crust and ocean currents. Long-term historical data, diligently tallied when the shipping industry was king, provide a window into these geologic processes and help improve the complex computer models scientists use to forecast the future. Those forecasts are crucial for helping cities prepare, whether it’s building infrastructure to protect themselves or moving people out of harm’s way. More on how history can help prepare for rising seas on NPR.

Pandemic Lockdowns Improved Air Quality in 84% of Countries Worldwide, Report Finds. CNN.com summarizes the finding: “Coronavirus lockdowns led to air quality improvements in most countries, but the level of pollutants will likely rise as governments lift restrictions and economies swing back into gear, according to a new report. IQAir’s 2020 World Air Quality Report said human-related emissions from industry and transport fell during lockdowns, and 65% of global cities analyzed experienced better air quality in 2020 compared to 2019. Some 84% of nations polled reported air quality improvements overall. “The connection between Covid-19 and air pollution has shone new light on the latter, especially as many locations have observed visibly cleaner air — revealing that air quality improvements are possible with urgent, collective action,” the report said...” 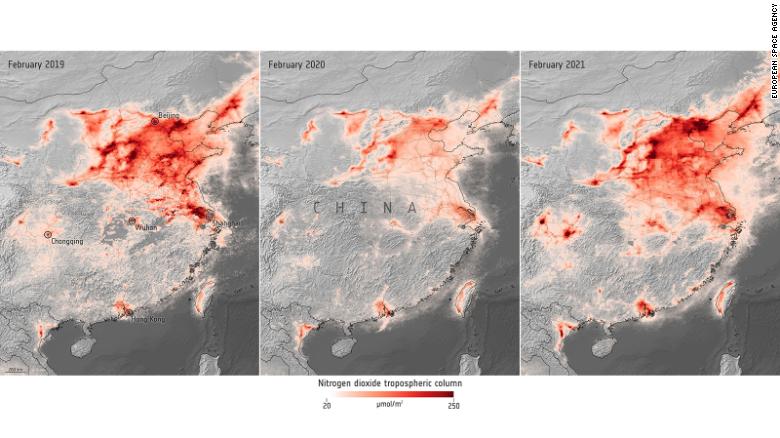 Satellite Images Show Air Pollution Returning to Pre-Pandemic Levels as Restrictions Loosen. “After a decline due to the Covid-19 lockdowns, air pollution levels are bouncing back to their pre-pandemic numbers, according to an analysis of satellite imagery.” I guess you could see that coming. CNN.com has an update.

Climate Change Causing Mental Health Crisis: Climate Nexus has headlines and links: “Climate change, and the lack of aggressive action to limit the heating of the planet, is causing mental health crises in the U.S. and around the world, the Arizona Republic reports. Stress related to climate change affects close to half (47%) of Americans 18 to 34, and 57% of teenagers. The detrimental mental health impacts can be related to acute events, such as a hurricane, as well as what mental health professionals call “anticipatory grief” for the damaged world children will inherit. Research has linked climate change to increased rates of suicide and depression in Inuit communities in the Arctic, and widespread existential anxiety in Maldivian children. “We can learn a bit from the literature on environmental disasters, where we see there are clear linkages with PTSD and other traumatic responses,” Sabrina Helm, who grew up “mortally afraid of nuclear disasters” as a child in Cold War Germany, told The Republic. “I was convinced when I was 15 that I would probably not reach adulthood. It was constantly in the news. It was so threatening. It’s exactly what we see now with climate change.” (Arizona Republic)

Wary US Farmers Weigh Up Joining Joe Biden’s Climate Fight. Thomson Reuters Foundation has a worthwhile post; here’s an excerpt: “…Agricultural production accounts for approximately 10% of climate-changing emissions in the United States – and those will need to fall if the nation is to meet its pledge of net-zero emissions by 2050. Vilsack plans to give farmers incentives to make the cuts using subsidies from the USDA’s Commodity Credit Corporation (CCC), a $30-billion-a-year fund that President Trump tapped into to support farmers hit by trade wars he launched. Reductions could come from changes like farming more efficiently, using more renewable energy and better protecting soils so they store more carbon. But Biden’s team will need to persuade farmers, most of whom do not support him politically, of the benefits of making the shifts…”