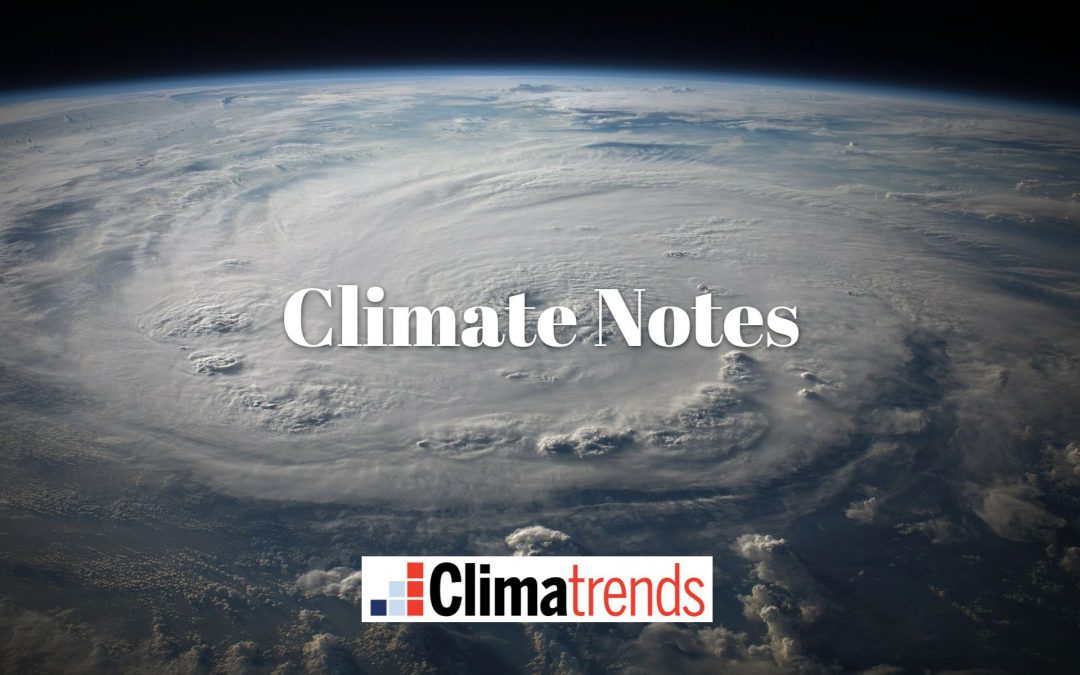 Climate Change and Hurricanes. June 1 is the traditional start of the hurricane season, and although consistently warmer ocean water may not spawn more hurricanes, hurricane intensity may be impacted. Research suggests that the storms that do develop have a better chance of rapid intensification in warmer waters. Here is an excerpt of a good overview of climate impacts from Climate Central:

Hurricanes Are Becoming More Dangerous. Here’s Why. An earlier CNN.com post describing how a warmer, wetter climate is spiking (some) hurricanes is timely given that research suggests amplified hurricane intensity; here’s an excerpt: “…If humans continue to emit heat-trapping gases into the atmosphere, scientists expect that sea levels will climb even higher, putting major cities at an even greater risk. Sea levels are now likely to rise more than 3 feet by 2100, according to the findings of a landmark report published last year by the UN’s Intergovernmental Panel on Climate Change. Generally speaking, a rise in sea levels of 2 to 3 feet would mean that a Category 1 hurricane could be capable of inflicting the kind of storm surge damage we would expect today from a Category 2 storm. In the Southeastern US alone, the annual cost of storm surge damage is projected to grow to $56 billion by 2050, according to the US government’s 2018 National Climate Assessment. And that’s even if global emissions of heat-trapping gases are moderately curbed in the next two decades…”

Three Exxon Refineries Top the List of U.S. Polluters. Details via Reuters: “Exxon Mobil’s U.S. oil refineries pump out far more lung-damaging soot than similarly-sized facilities operated by rivals, according to regulatory documents and a Reuters analysis of pollution test results. The Texas-based firm’s three largest refineries – two in Texas and one in Louisiana – are the nation’s top three emitters of small particulate matter, according to the analysis of the latest tests submitted to regulators by the nation’s 10 largest refineries. The three Exxon refineries together averaged emissions of 80 pounds per hour, eight times the average rate of the seven other refineries on the top-ten list, some of which are larger than Exxon’s plants, the analysis shows...”

Study Blames Climate Change for 37 percent of Heat Deaths Worldwide. NBC News has details: “More than one-third of the world’s heat deaths each year are due directly to global warming, according to the latest study to calculate the human cost of climate change. But scientists say that’s only a sliver of climate’s overall toll — even more people die from other extreme weather amplified by global warming such as storms, flooding and drought — and the heat death numbers will grow exponentially with rising temperatures. Dozens of researchers who looked at heat deaths in 732 cities around the globe from 1991 to 2018 calculated that 37 percent were caused by higher temperatures from human-caused warming, according to a study Monday in the journal Nature Climate Change…”

Where Wind and Solar Power Need to Grow for America to Meet Its Goals. Here’s the intro to a timely post at The New York Times (paywall): “President Biden has promised to sharply reduce America’s planet-warming carbon emissions, which means changes to the country’s energy system may reshape landscapes and coastlines around the country. The United States is now aiming to bring emissions down to net-zero by 2050, meaning the country would eliminate as much greenhouse gas as it emits. To reach that goal, Americans will need to get a lot more of their energy from renewable sources like wind and solar farms. One of the most recent studies on the subject, Princeton University’s Net-Zero America Report, charted five pathways to net-zero, and all of them required the United States to exceed the current pace of building for solar panels and wind turbines…”