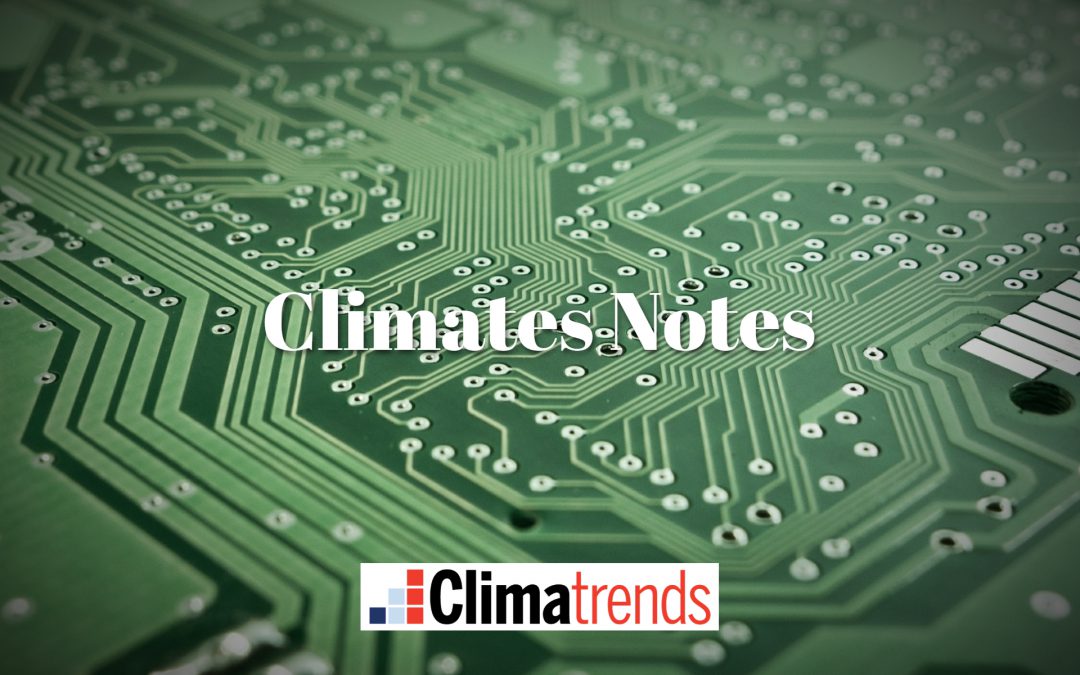 “No One is Safe”: How the Heatwave Has Battered the Wealthy World. Here’s the perspective from The New York Times “…And even though it will take extensive scientific analysis to link climate change to last week’s cataclysmic floods in Europe, a warmer atmosphere holds more moisture and is already causing heavier rainfall in many storms around the world. There is little doubt that extreme weather events will continue to be more frequent and more intense as a consequence of global warming. A paper published Friday projected a significant increase in slow-moving but intense rainstorms across Europe by the end of this century because of climate change. “We’ve got to adapt to the change we’ve already baked into the system and also avoid further change by reducing our emissions, by reducing our influence on the climate,” said Richard Betts, a climate scientist at the Met Office in Britain and a professor at the University of Exeter…”

Climate Change: Science Failed to Predict Flood and Heat Intensity. There is no doubt that climate science is dependent on climate models. Experts are saying that more computing power is desperately needed. BBC News has the story: “Top climate scientists have admitted they failed to predict the intensity of the German floods and the North American heat dome. They’ve correctly warned over decades that a fast-warming climate would bring worse bursts of rain and more damaging heatwaves. But they say their computers are not powerful enough to accurately project the severity of those extremes. They want governments to spend big on a shared climate super-computer. Computers (and climate models) are fundamental to weather forecasting and climate change, and computing will underpin the new climate science “Bible”, from the Intergovernmental Panel on Climate Change (IPCC) next month…”

Why Record-Breaking Overnight Temperatures Are So Concerning. The New York Times (paywall) reports: “Last month was the hottest June on record in North America, with more than 1,200 daily temperature records broken in the final week alone. But overlooked in much of the coverage were an even greater number of daily records set by a different — and potentially more dangerous — measure of extreme heat: overnight temperatures. On average, nights are warming faster than days across most of the United States, according to the 2018 National Climate Assessment Report. It’s part of a global trend that’s being fueled by climate change…”

The Green New Deal Does Not, Strictly Speaking, Exist. The Atlantic has an interesting Op-Ed: “…With so much ballyhoo, it’s become easy to miss the central, implacable fact about the Green New Deal: It does not exist. By this, I don’t mean that it hasn’t passed. I mean something more fundamental: Nobody has written it down. Three years after the idea of a Green New Deal broke into the mainstream, you can’t find an authoritative and detailed list of Green New Deal policies anywhere. There is no handbook, no draft legislation, no official report that articulates what belongs in a Green New Deal and what doesn’t. This is more than just an academic point. It means that tens of thousands of Americans want very badly to see Congress adopt a political program that definitionally cannot pass, because there is no “it” for lawmakers to vote on. It means that Biden’s infrastructure package cannot be compared with the Green New Deal, because the contrast will not find purchase…”

Canadian Inferno: Northern Heat Exceeds Worst-Case Climate Models. The western heat wave in late June continues to draw plenty of attention from climate experts. The Guardian puts last week’s jaw-dropping heat into perspective: “…Carlo Buontempo, director of the Copernicus Climate Change Service, said there was a clear human fingerprint on this “very freakish” event. Without emissions from cars, farms, and industry, he said, the record temperatures in the western north Americas would be expected only once in tens of thousands of years, but the probability rises along with the levels of the greenhouse gas. “In the present-day climate, getting an extremely hot June is common and is likely to occur twice in three decades. However, an analysis from many computer models suggests that by the end of the century these extreme temperatures are more likely than not. Human influence is estimated to have increased the likelihood of a new record several thousand times.”