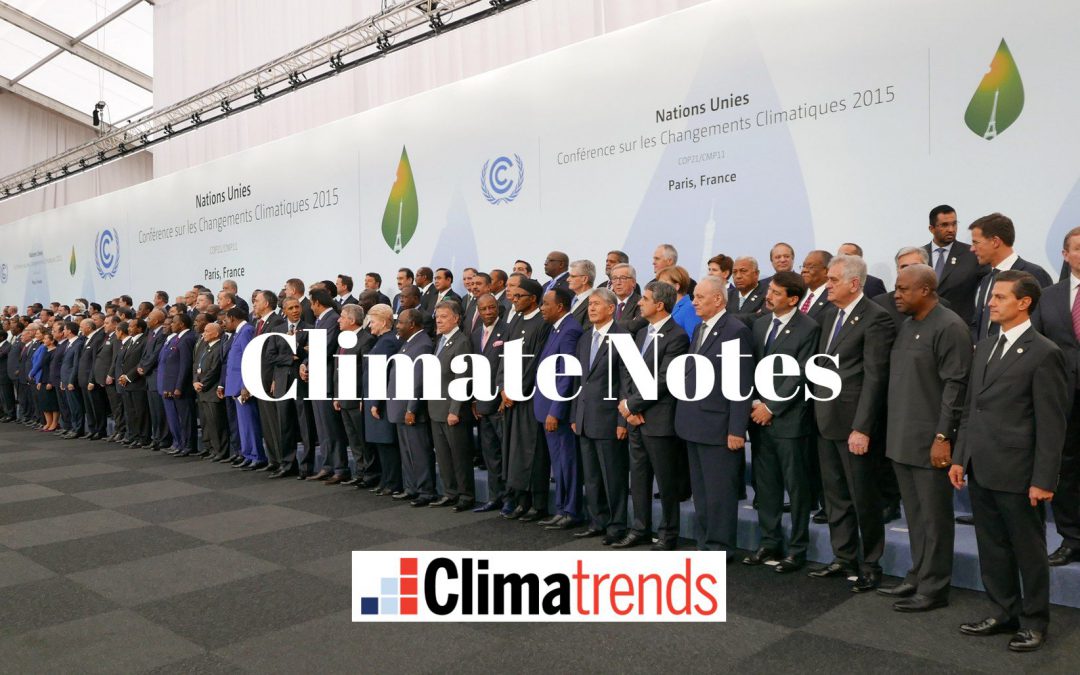 The U.S. is Officially Rejoining The Paris Agreement. Now Comes the Hard Part. HuffPost explains: “Hours after his inauguration Wednesday, President Joe Biden signed an executive order to rejoin the Paris Agreement, ending the United States’ brief but symbolic exit from the global pact to slash planet-heating emissions that virtually every nation has joined. Biden’s executive order kick-starts a relatively simple process. After sending a letter to the United Nations announcing its intentions to reenter the climate accord, the U.S. will again become a formal party to the global negotiations in 30 days. It was the third executive order he signed in the Oval Office. In separate executive orders, Biden is expected to lay the groundwork for the part that comes next and is much more of a challenge: reversing the Trump administration’s deregulatory legacy and setting ambitious new goals for decarbonizing the U.S. economy…”

Biden’s First Climate Actions Include Rejoining Paris Agreement. More perspective from Scientific American: “…The process of rejoining the Paris Agreement will begin today with a letter to the United Nations requesting U.S. membership. It will take 30 days for the U.S. to formally reenter the nonbinding global agreement to reduce emissions. The administration will also rescind the permit for the controversial Keystone XL pipeline, McCarthy said. The line transports crude from the western Canadian province of Alberta to refineries in Illinois and Texas and to other oil facilities in Oklahoma. McCarthy said the pipeline, which was rejected by the Obama administration and then restored by Trump as one of his first actions, works against the administration’s plans to aggressively address climate change and grow union jobs in the clean energy sector...”

Climate Change Concerns Prompt Americans to Consider Relocating. Climate refugees…in the USA? It’s already happening. NPR has an interesting interview; here’s an excerpt: “…ROPEIK: The Saums did end up moving but not in the west. They settled on northern New England and a house in a rural town at the foot of New Hampshire’s White Mountains. Doug says they call themselves climate migrants. DOUG SAUM: We had the idea that – not necessarily that we were going to a place that would be forever untouched by climate change but that we were getting out of a bad climate situation that was only likely to get worse. ROPEIK: Research suggests that climate-related hazards could soon play a role in prompting millions of Americans and people worldwide to relocate.

Trump’s Last-Minute Climate Maneuvers Face a Slow Dead End. Here is a clip from Bloomberg Green: “…The last-minute regulations were meant to gum up the works for Biden,” said David Doniger, senior strategic director for climate and clean energy at the Natural Resources Defense Council, an environmental advocacy group that filed numerous lawsuits aiming to block the Trump administration’s agenda. “But they were slow, incompetent, and did things that were illegal. They are already getting their comeuppance in the courts.” Eliminating or weakening regulation was a top priority from the start of the Trump presidency, but the mission took on an urgent focus after Biden’s win. In its last days the Trump administration took aim at major provisions ranging from fuel-efficiency standards in appliances to the rules for cost-benefit analysis under the Clean Air Act...”