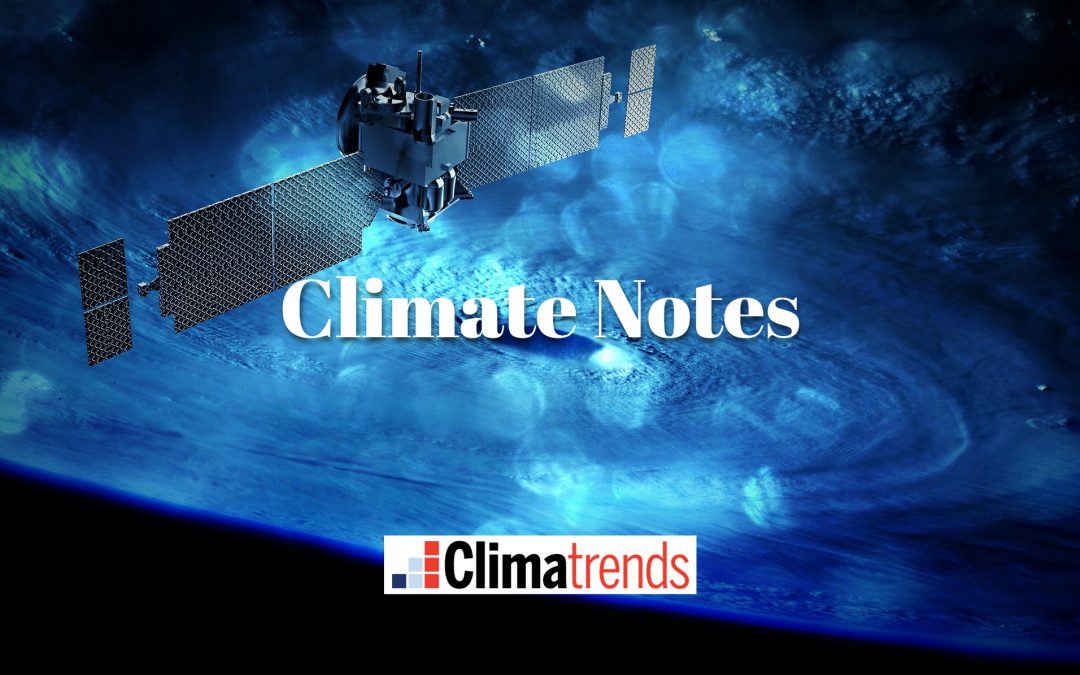 Devastating Wildfires of 2021 are Breaking Records and Satellites are Tracking It All. Here’s a clip from an explainer at Space.com: “…The Russian wildfires in Siberia may be occupying fewer news pages and less air-time, but they actually worry scientists the most. Since late spring, satellites have been supplying images of vast areas of taiga near the polar circle being devoured by flames. Russian authorities, in many places, have given up the fight. “In the Sakha Republic and the whole Far Eastern Federal District of Russia, we are already seeing the total estimated fire emissions from the region exceeding last year’s levels,” Mark Parrington, a senior scientist at the European Copernicus Atmosphere Monitoring Service (CAMS), told Space.com. “Our data set goes back to 2003. And this year, in terms of the total estimated emissions, it’s already much higher than the previous record annual total, which was 2020...”

Student Athletes Especially At Risk This Year From Heat-Related Illnesses. Yale Climate Connections explains why: “After a year at home during the pandemic, many student-athletes are excited to return to fall sports. But as they begin preseason training, they need to pay attention to the heat. “We know that climate change is increasing temperatures and causing more extremely hot days. And we know that young athletes are vulnerable to heat-related illness,” says Rebecca Philipsborn, a pediatrician at Children’s Healthcare of Atlanta and the Emory University School of Medicine. She says the risks are higher this year because so many young people were sedentary during the pandemic. And when athletes are out of condition, they’re more likely to suffer heat-related illness…”

Is the Western U.S. Experiencing a “Megadrought”? And if so, how much of the current drought, wildfire spike and water shortage is amplified by a hotter, drier climate? Yale Climate Connections has a post and video: “The Western U.S. is shattering drought records this summer. For the first time since the drought monitor was created, over 95% of the region is in drought. Near Las Vegas, Lake Mead – the largest reservoir in the U.S. – is at its lowest level since it was built. “This is a bigger event than the 1950s drought in the Southwest or the Dust Bowl drought in the Central Plains,” says Benjamin Cook, a climate researcher at NASA, in this new video by independent videographer Peter Sinclair. “We have to go back at least 500 years before we find any event that’s even similar in magnitude.” Scientists have found from clues in tree rings have that intense, prolonged droughts called “megadroughts” occurred regularly during the Middle Ages. Now the West may be in another megadrought period, this one made even worse by climate change…”

Thin Air. How much should we be investing in carbon capture, using machines to remove excess CO2 and methane from the atmosphere? Check out an interesting post from The Frontline at atmos.earth: “…Welcome to The Frontline, where we’re diving into direct air capture, a particular form of carbon removal. I’m Yessenia Funes, climate editor of Atmos. We often think of nature as our only available carbon sink, but research suggests forests will struggle to store carbon efficiently under extreme heat conditions. While some scientists believe the ocean and trees can draw down enough carbon dioxide if emissions end immediately and governments invest in research and development around natural solutions, others aren’t counting on it. Instead, many scientists are looking to machine-based carbon sequestration. And this is where the tensions arise: Is there such a future where the direct air capture industry can operate just and equitably without perpetuating the harms of its predecessors…”

Heat Waves, Wildfires and Drought: How This Summer is a Preview of Earth’s Coming Climate Crisis. Note to self – it’s not “coming”; it’s here. NBC News has an overview; here’s a clip that caught my attention: “…Extreme weather events, including heat waves, are driven by a complex mix of atmospheric processes and can vary from year to year, but climate change helps amplify the threats, said Philip Mote, a climate scientist at Oregon State University. Global warming can also create feedback loops that then make other extreme events more likely to occur. Droughts, for instance, can intensify heat waves because the sun can more easily heat the ground when there is less moisture in the soil to evaporate. “Right now, we have drought conditions over half the country, so that’s also playing into why we’re seeing so much heat this summer,” Bumbaco said…”

Amid Extreme Weather, a Shift Among Republicans on Climate Change. The New York Times explains; here’s an excerpt: “After a decade of disputing the existence of climate change, many leading Republicans are shifting their posture amid deadly heat waves, devastating drought and ferocious wildfires that have bludgeoned their districts and unnerved their constituents back home. Members of Congress who long insisted that the climate is changing due to natural cycles have notably adjusted that view, with many now acknowledging the solid science that emissions from burning oil, gas and coal have raised Earth’s temperature. But their growing acceptance of the reality of climate change has not translated into support for the one strategy that scientists said in a major United Nations report this week is imperative to avert an even more harrowing future: stop burning fossil fuels…”

5 Takeaways from the Major New U.N. Climate Report. The New York Times (paywall) has perspective; here’s a clip: “…This report is the sixth assessment of climate science by the U.N. group, and unlike previous reports, this one dispenses with any doubt about who or what is responsible for global warming. “It is unequivocal that human influence has warmed the atmosphere, ocean and land,” the report says in its very first finding. Observed increases in carbon dioxide in the atmosphere since 1750 can be directly tied to human activity, largely the burning of coal, oil and other fossil fuels as the world became industrialized. Those emissions have increased greatly over time and continue today, as the world grows even warmer. And the impacts are being felt in every region of the world...”

Five Key Excerpts from the United Nations’ Climate Change Report. Here’s an excerpt of a good explainer at The Washington Post (paywall): “…Another major advance from earlier assessments is scientists’ ability to link climate change to weather and climatic systems. “The IPCC has connected the dots on climate change and the increase in dangerous extreme weather events … far more directly than in past reports” said Michael Mann, professor of atmospheric Science at Pennsylvania State University. It has also shown that these impacts are going to be felt in nearly every corner of the globe, and will get worse as temperatures increase across higher and higher thresholds. At 1.5 degrees Celsius of global warming, for instance, parts of North America will already see an uptick in the number of days during which temperatures climb above 95 degrees Fahrenheit…”