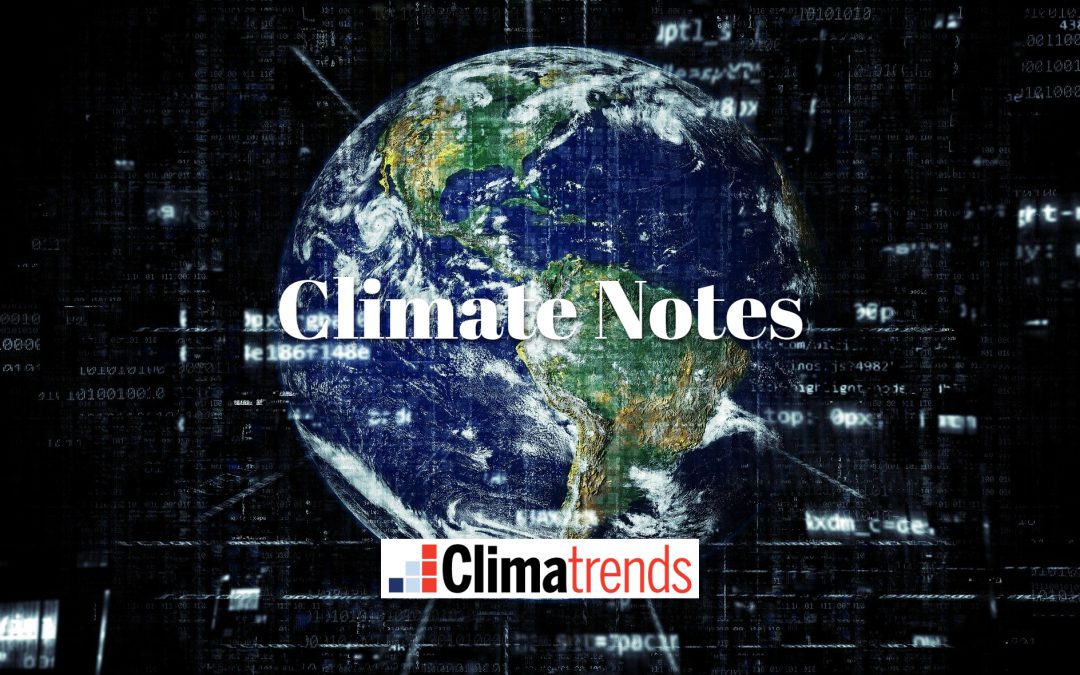 “Code Red”: UN Scientists Warn of Worsening Global Warming. The IPCC is the Intergovernmental Panel on Climate Change, a body of the United Nations that provides scientific information on human-induced climate change and its natural, political, and economic impacts. Their sixth assessment report (AR6) was just released–an update to the AR5 IPCC report in 2014. Here’s an excerpt of a good summary of IPCC AR6 from Associated Press: “Earth is getting so hot that temperatures in about a decade will probably blow past a level of warming that world leaders have sought to prevent, according to a report released Monday that the United Nations called a “code red for humanity.” “It’s just guaranteed that it’s going to get worse,” said report co-author Linda Mearns, a senior climate scientist at the U.S. National Center for Atmospheric Research. “Nowhere to run, nowhere to hide.” But scientists also eased back a bit on the likelihood of the absolute worst climate catastrophes. The authoritative Intergovernmental Panel on Climate Change (IPCC) report, which calls climate change clearly human-caused and “unequivocal” and “an established fact,” makes more precise and warmer forecasts for the 21st century than it did last time it was issued in 2013...”

Key Take-Aways from the New IPCC Report. Bob Henson reports for Yale Climate Connections: “…As long expected, rising global temperatures are continuing to boost the odds of intense, prolonged heat waves. Moreover, the global water cycle continues to intensify, with the heaviest downpours getting heavier and the worst droughts having even more impact on parched landscapes. This assessment marks a new focus on the pile-on effects delivered by compounded extremes. Although the warming estimates from IPCC haven’t skyrocketed in this new report, there’s new recognition of how global-scale warming can translate into devilishly complex and destructive local and regional impacts. “These compound events can often impact ecosystems and societies more strongly than when such events occur in isolation,” IPCC noted in an FAQ it prepared for the new assessment. “For example, a drought along with extreme heat will increase the risk of wildfires and agriculture damages or losses...”

Key Take-Aways from the IPCC Report on the Climate Crisis. CNN.com has more perspective: “…Heat waves – Extreme heat waves, such as the deadly one that occurred in the Pacific Northwest and Canada earlier this summer, are already about five times more likely to occur with our current warming of just over 1 degree Celsius. At 2 degrees warming, this frequency increases to 14 times as likely to occur. Heat waves are getting hotter, and with 2 degrees of warming, the hottest temperatures would reach nearly 3 degrees Celsius (5 degrees Fahrenheit) higher than previous heat waves.

Droughts – Climate change is increasing the frequency and severity of droughts – such as the current drought plaguing the Western United States. Severe droughts that used to occur an average of once per decade are now occurring about 70% more frequently. If warming continues to 2 degrees, these droughts will occur between two and three times as often.

Flooding – Climate change is intensifying the water cycle on both sides. While more intense evaporation will lead to more droughts, warmer air can hold more water vapor to produce extreme rainfall (as we have seen play out dramatically in Western Europe and China this summer). On average, the frequency of heavy downpours has already increased by about 30% and they contain about 7% more water…”

The UN Report: All Is Not Well – But All Is Not Lost. WIRED.com (paywall) weighs in; here’s a clip: “…We’ve known for decades that the world is warming, but this report tells us that recent changes in the climate are widespread, rapid, and intensifying—unprecedented in thousands of years,” said Ko Barrett, IPCC vice chair and senior adviser for climate at the National Oceanic and Atmospheric Administration, at a press conference Sunday announcing the report. “The bottom line is that unless there are immediate, rapid, and large-scale reductions in greenhouse gas emissions, limiting warming to 1.5 degrees C—or 2.7 degrees Fahrenheit—will be beyond reach.” That limit is the optimistic goal of the Paris Climate Agreement: to keep global average temperatures to 1.5 degrees Celsius above preindustrial levels, and to avoid 2 degrees of warming. The new report notes that the temperature has already crept up by 1.1 degrees, and is on track to hit 1.5 sometime in the early- to mid-2030s if things don’t change...”

Uptick in Flooding is Extreme, Global and Linked to Continued Warming. I wrote a post for AerisWeather, here’s an excerpt: “…What is happening? As a meteorologist at AerisWeather, I’ve been tracking the link between a rapidly warming climate and weather extremes. Weather and climate are flip sides of the same coin. Warm the climate and the symptoms will show up in the weather. The emerging science of “attribution” links extreme weather events with warmer air and water. But two major factors seem to be in play. The world has warmed an average of 2F; but much more over northern latitudes. Basic physics: warmer air can hold more water vapor, more fuel for storms to tap. There is roughly 8% more water vapor overhead than there was in the 19th century. Rain is falling harder and faster and longer, with often dire results. This summer, flash flooding has struck numerous US cities, including New York, Detroit, Chicago and New Orleans, on track to experience its wettest year on record…”