White House Pushing for 80% Clean Power by 2030 – Note: Nobody’s Coming For Your Hamburgers 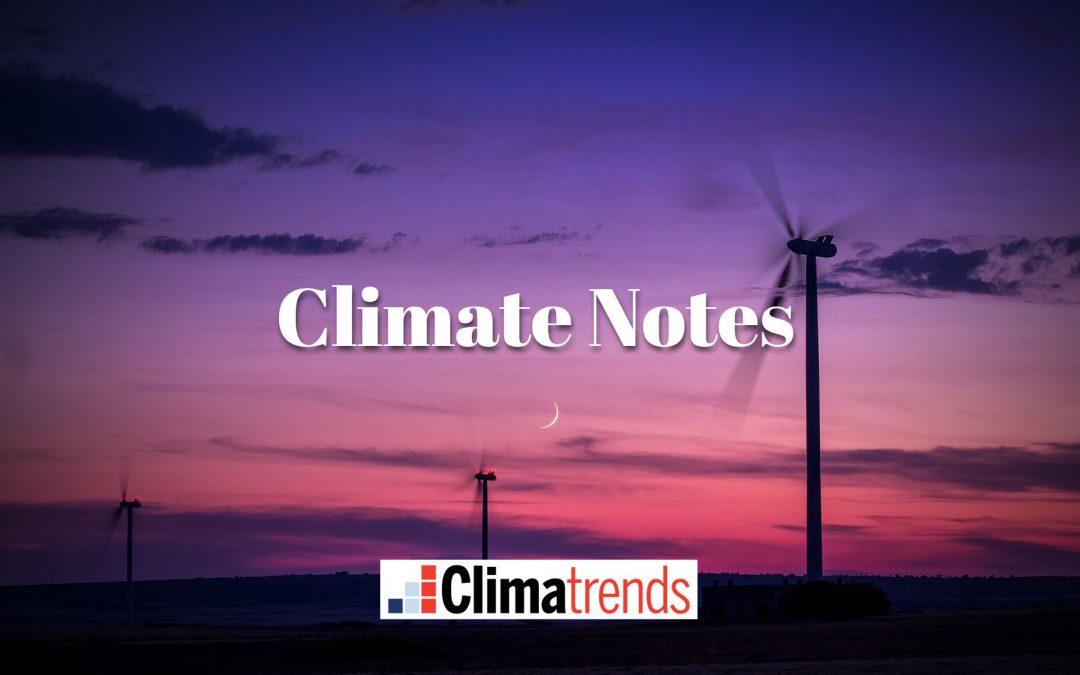 White House Pushing for 80% Clean Power Grid in U.S. by 2030. The push for clean power continues. Reuters has details: “The White House hopes to capitalize on growing support from U.S. utilities, unions and green groups for a national clean energy mandate by pushing Congress to pass a law requiring the U.S. grid to get 80% of its power from emissions-free sources by 2030, according to a senior administration official. The goal would fall short of President Joe Biden’s stated ambition of net zero carbon emissions in the grid by 2035, but is an interim milestone that could be passed without Republican support through a process called budget reconciliation. “Our goal is to enact this into law,” deputy White House climate adviser Ali Zaidi told Reuters. “There are multiple pathways to get meaningful progress in the power sector…”

Biden’s Climate Summit Launches the World Into a Climate Sprint. Here’s some perspective from TIME.com: “…Kerry’s visit to China yielded a joint statement saying the two countries are “firmly committed to working together.” When the summit finally rolled around in April, a handful of countries were ready to announce new climate targets. Canada upped its commitment to slash emissions to at least a 40% reduction from 2005 levels by 2030. Japan said it would aim for a 50% cut from 2013 levels by the end of the decade. The most important commitment, of course, came from the U.S.: the Biden Administration said the country would reduce its greenhouse gas emissions by at least 50% by 2030 from 2005 levels, a significant ramp up from the U.S.’s Obama-era plan...”

Joe Biden is Not Coming For Your Poorly-Cooked Hamburger. Oh thank God! No need to guard my back yard grill – that’s a huge relief. Here’s an excerpt from Earther: “Folks, Joe Biden is bringing big government into the kitchen. Your kitchen. Sleepy Joe, he’s coming for your sweet, beautiful meat. Your fridge, it’s going to be full of kale after Biden is done cleaning out your delicious hamburgers and Angus sirloin. Filet mignon? It’s gonna be a thing of the past in Biden’s America. Maybe you get it once a year—if you win the meat lottery. (You probably won’t because you know they rigged it. #StoptheVealSteal) Your grill? Forget about it, unless you want to put some turnips on it...”

Climate Change is a Bigger Challenge for Construction Than Covid-19. Say what? Here’s an excerpt of an Op-Ed at Global Construction Review that caught my eye: “…There will be a great deal of disruption from projects and built environment initiatives that are late, delayed or cancelled entirely as a result of the pandemic, requiring careful dispute resolution that, though precipitated by Covid-19, will be overtaken by issues surrounding a project’s green credentials going forward. In other words, while the pandemic has forced a pause in proceedings for which there will be legal ramifications in the short-term, climate change will be our greatest challenge and have a profound effect on how we build long into the future...”

How the U.S. Might Reach Biden’s Climate Goal. Here’s an excerpt from an analysis at WIRED.com (paywall): “…With the rise of solar and wind power, the US is well on its way to decarbonizing its energy production: Emissions from the sector have dropped 37 percent since 2005, though that’s partly due to the switch from coal to natural gas. But an ancient, fragmented national grid is standing in the way of a truly green energy system. The grid is actually two—the Western Interconnection and the Eastern Interconnection, which meet at the eastern borders of Colorado and Wyoming—plus a smaller independent one in Texas. While these separate networks can share a bit of energy across their borders, they’re not designed to work intimately with each other...”

Planting Crops, and Carbon Too. How do we get the yields we need while reducing carbon released into the atmosphere from farmers’ fields? The Washington Post examines the challenge: “…While his grandfather, who started the family farm along the Chesapeake Bay, always planted in the spring in a clean field, in Hill’s approach to farming, “you never want to see the ground.” As the winter cover crops grow, they will feed microbes and improve the soil’s health, which Hill believes will eventually translate into higher yields of the crops that provide his income: corn, soybean and wheat. But just as importantly, they will pull down carbon dioxide from the atmosphere and store it in the ground. Hill is at the cutting edge of what many hope will provide not just a more nature-friendly way of farming, but a powerful new climate solution…”

A Conservative Case for Smart Climate Action: Let’s Act Now. Here’s an excerpt of an Op-Ed at Chicago’s Daily Herald: “...Conservative principles of transparency and accountability are not in play related to fossil fuel pricing. As such, the competitive playing field is not level for innovation in renewable and low-carbon energy sources. Let’s discuss a solution that meets our conservative criteria. By correcting a well-known market failure (CO2 pollution is “free”), a carbon tax will send a powerful price signal that harnesses the invisible hand of the marketplace to steer economic actors toward a low-carbon future. The conservative solution is as follows: place a small but annually increasing “fee” on fossil fuel companies for the carbon emissions of their products. That fee is then returned to every American household in the form of a monthly “dividend” check. Credible studies show it will dramatically reduce carbon emissions without harming the poor or middle class, job growth or GDP growth…”