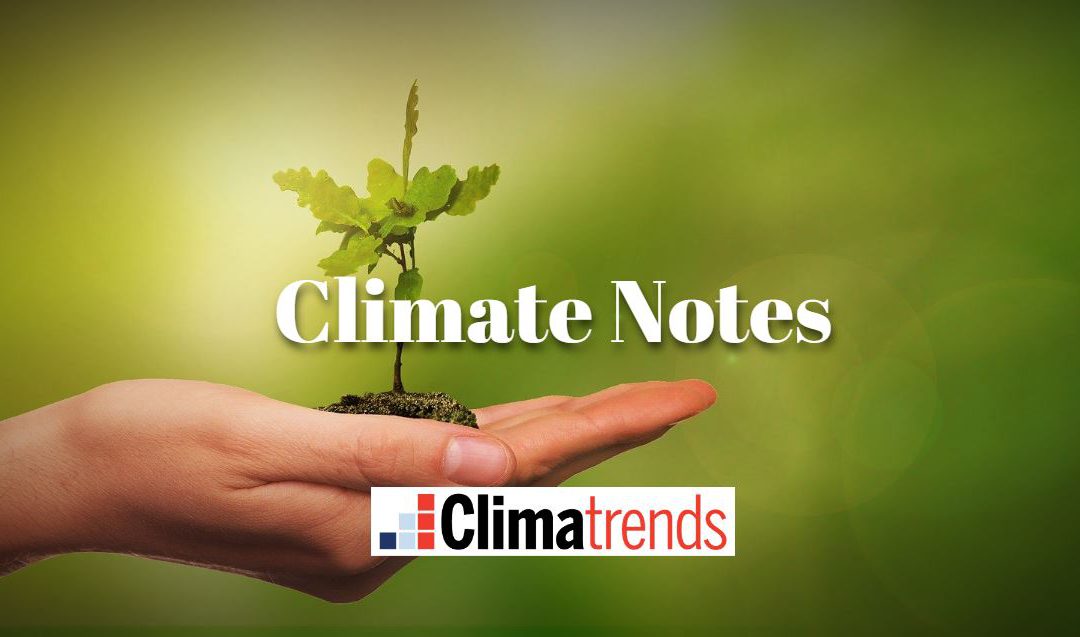 Warming Since First Earth Day. Climate Central tracks the changes: “Earth Day is the largest civic observance in the world, with more than 1 billion people and 190+ countries participating in environmental activities every year. The first Earth Day was established in 1970 to bring awareness to the health of our environment and planet. In recent years, especially in 2021, the focus is on climate change as global temperatures continue to rise. In advance of Earth Day next week, Climate Central compiled annual temperature data from 246 locations across the U.S. since 1970—the year of the first Earth Day. On average, the U.S. warmed by 2.4°F, and almost every location (98%) reported a rise in yearly temperature. Of those places that increased, 65% warmed more than 2°F and 27% above 3°F. The majority of the top 10 greatest increases occurred in the Southwest...”

U.S. and China Agree to Cooperate on Climate Crisis with Urgency. NPR reports: “The United States and China, the world’s two biggest carbon polluters, agreed to cooperate to curb climate change with urgency, just days before President Joe Biden hosts a virtual summit of world leaders to discuss the issue. The agreement was reached by U.S. special envoy for climate John Kerry and his Chinese counterpart Xie Zhenhua during two days of talks in Shanghai last week, according to a joint statement. The two countries “are committed to cooperating with each other and with other countries to tackle the climate crisis, which must be addressed with the seriousness and urgency that it demands,” the statement said...”

IEA confirms solar as the “cheapest electricity in history.” According to the International Energy Agency’s World Energy Outlook 2020, the world’s best solar power schemes now offer the “cheapest… electricity in history.” “The IEA’s main scenario has 43% more solar output by 2040 than it expected in 2018, partly due to detailed new analysis showing that solar power is 20-50% cheaper than thought.” Read more on Carbon Brief’s recent article.

Oil Company Ads Should Carry a Climate Health Warning, Say Activists. Just like cigarette ads? CNN Business explains: “A group of lawyers want oil companies banned from advertising on television and social media unless they include “tobacco-style health warnings” about the dangers fossil fuels pose to the future of the planet. In new research published Monday, environmental law non-profit ClientEarth accused some of the world’s biggest oil firms of misrepresenting the role their businesses play in the climate crisis and overstating the speed at which they are transitioning to clean energy sources. “The companies most responsible for catastrophically heating the planet are spending millions on advertising campaigns about how their business plans are focused on sustainability,” ClientEarth lawyer Johnny White said in a statement…”

Google Earth is Now a 3D Time Machine. This “time machine” is certainly some great eye candy, but it does seriously show the changes now well underway. Here’s an excerpt from Ars Technica: “…Google has pushed out what it says is Google Earth’s “biggest update since 2017” with a new 3D time-lapse feature. Entering the new “Timelapse” mode of Google Earth will let you fly around the virtual globe with a time slider, showing you satellite imagery from the past 37 years. Google Earth Timelapse has been around for years as part of Google Earth Engine (which is a totally separate interface from Google Earth; it’s a weird Google branding thing), but it was previously only available in 2D. Now, Google has mapped all this data across the 3D Google Earth globe, where you can watch cities being built, forests being cut down, and glaciers receding…”