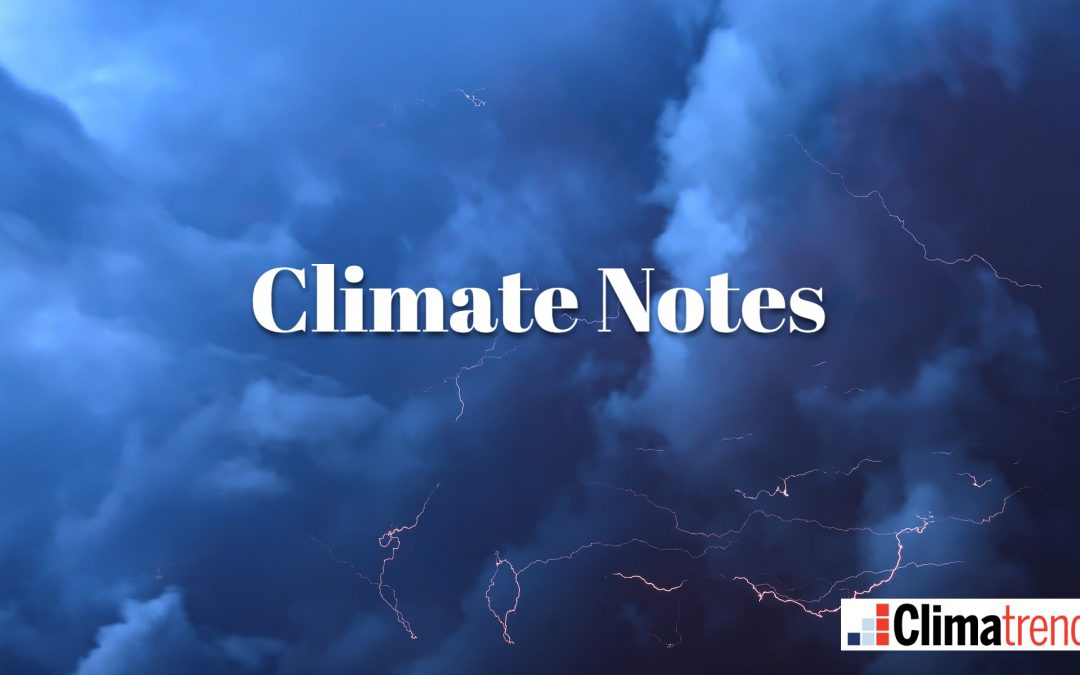 Most People Don’t Really Understand How Climate Change Works. We are wired to experience (and appreciate) weather, not climate. Here’s an excerpt of a good explainer at Massive Science: “...Right now a mild La Niña is underway, with a 95 percent chance that it will persist through the winter of 2020. If it does, this winter is expected to be warmer and drier across the southern United States and wetter in the Pacific Northwest. La Niña is also one of the factors driving the severity of the 2020 Atlantic hurricane season, the most active on record, in addition to climate change. Rising temperatures are making hurricanes more powerful by increasing the speed at which they intensify over the ocean, causing a greater proportion of storms to develop into major hurricanes. Climate change is impacting all aspects of the Earth system, and scientists are only beginning to understand the cascading effects of rising global temperatures...”

Satellite Images Confirm Uneven Impact of Climate Change. EurekaAlert! ScienceNews reports: “…Using extensive imagery from satellites that monitor Earth every day, researchers from the University of Copenhagen’s Department of Geosciences and Natural Resources Management have studied the evolution of vegetation in arid regions. Their conclusion is unequivocal: “We observe a clear trend of arid areas developing in a negative direction in the most economically challenged countries. Here, it is apparent that the growth of vegetation has become increasingly decoupled from the water resources available and that there is simply less vegetation in relation to the amount of rainfall. The opposite is the case in the wealthiest countries,” explains Professor Rasmus Fensholt of the Department of Geosciences and Natural Resource Management…”

9 Concerning Facts About Global Extinction – And How To Stop It. Here are a few of the eye-opening stats in a post at Mental Floss: “…Here are nine reasons we too should be concerned about the future of the planet and the millions of species which call it home. 1. More than one million species are now at risk of extinction. Over a million species of animal and plant life are now threatened with dying out – more than ever before in human history, according to the International Science-Policy Platform on Biodiversity and Ecosystem Services (IPBES). 2. Wildlife population sizes dropped by two thirds since 1970 There has been an average 68% drop in global population sizes of amphibians, birds, fish mammals and reptiles between 1970 and 2018, according to the WWF’s Living Planet Report 2020...”

A Thanksgiving Meditation in the Face of a Changing Climate. Here’s an excerpt of an Op-Ed at the Scientific American Blog Network: “… Arguably, we don’t know how to think about climate change because we’ve never really had to think about climate. It’s always been a hum in the background, small variations around a mean that we take for granted. Now, that background note is growing louder and higher. Our climate is changing because of our actions. We can already see the impacts: changes in the range and behavior of animal species, coastal cities smashed by hurricanes and inundated by floodwaters, a haze of unseasonal wildfire smoke. Science says nothing about how to feel about these changes. I feel grief, guilt, anger, determination, hope, and sadness all at the same time. But what I feel more than anything is gratitude for what we have. We live on a medium-sized rock that goes around a garden-variety star in a galaxy that exists only because of a flaw in the smooth perfection of the early cosmos…” 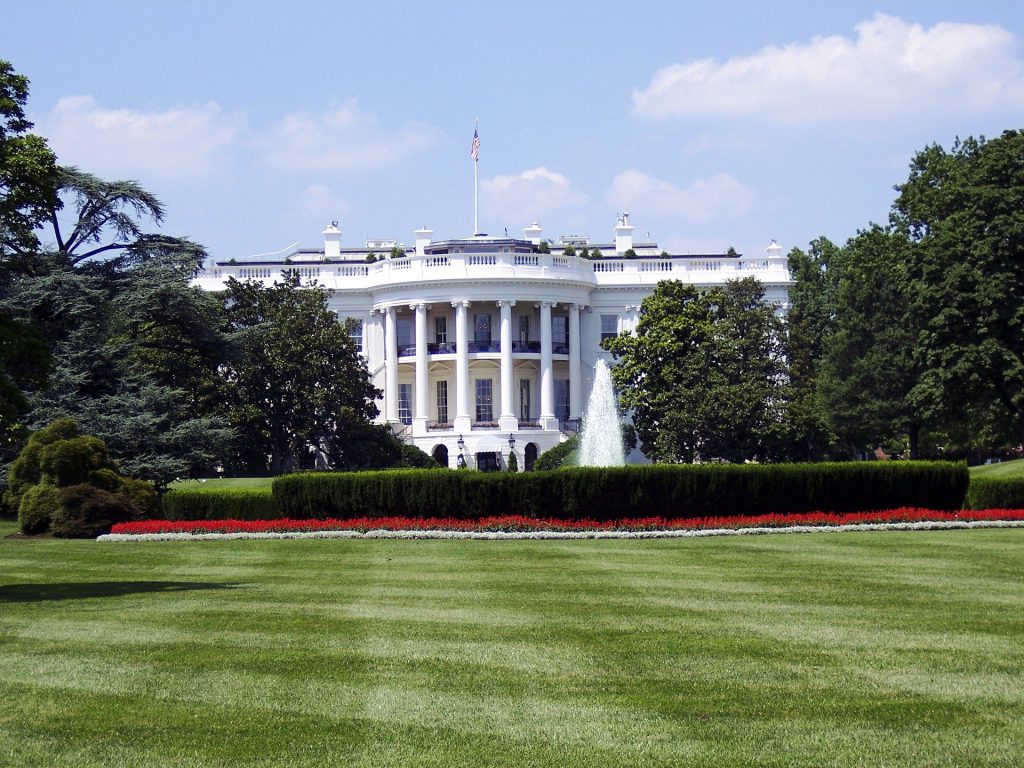 How Biden Can Fight Climate Change Without Congress. Politico examines the possibilities; here’s an excerpt: “…The Federal Reserve, the most powerful bank regulator in Washington, isn’t waiting for Biden’s inauguration. Even as Trump withdrew from the Paris climate agreement, the Fed quietly laid the groundwork to one day put its stamp on global regulatory standards for climate-related financial risks. This month, the Fed made a long-awaited announcement that it will seek to join the international Network for Greening the Financial System. The Fed also for the first time formally declared climate change as a potential danger to financial stability. The two steps were highly significant because the U.S. has been seen as falling behind other countries that have taken aggressive stances. Fed Chair Jerome Powell, a Trump (and Obama) appointee who will likely serve well into Biden’s first term if not longer, said officials were obligated to incorporate the risks into how they think about the economy...”

Trump Races to Weaken Environmental and Worker Protections, and Implement Other Last-Minute Policies Before January 20. Here’s a clip from a post at ProPublica: “Even as Trump and his allies officially refuse to concede the Nov. 3 election, the White House and federal agencies are hurrying to finish dozens of regulatory changes before Joe Biden is inaugurated on Jan. 20. The rules range from long-simmering administration priorities to last-minute scrambles and affect everything from creature comforts like showerheads and clothes washers to life-or-death issues like federal executions and international refugees. They impact everyone from the most powerful, such as oil drillers, drugmakers and tech startups, to the most vulnerable, such as families on food stamps, transgender people in homeless shelters, migrant workers and endangered species. ProPublica is tracking those regulations as they move through the rule-making process…”

Covid-19 and Climate Change Make Hurricanes More Devastating for Latin America. CNN.com reports: “After two Category 4 hurricanes this month, communities in these Central American countries have witnessed rivers overflowing from torrential rains, crops destroyed, cattle washed away, schools flooded, and roads engulfed in landslides. Death, disease, and poverty will likely follow. While poor people in rural areas have been often worst-hit by the succession of Hurricane Eta and Hurricane Iota, the repercussions from those storms are already being felt in the halls of power. In Guatemala City this weekend, anger boiled up into the streets as protesters set fire to the Congress building, forcing legislators to reverse budget cuts to the country’s already crippled health care and education systems. Exacerbated by the coronavirus pandemic, the fallout from these climate disasters will continue to spread. And it may eventually even reach distant countries, as Central Americans left desperate and vulnerable by the storms flee abroad...”