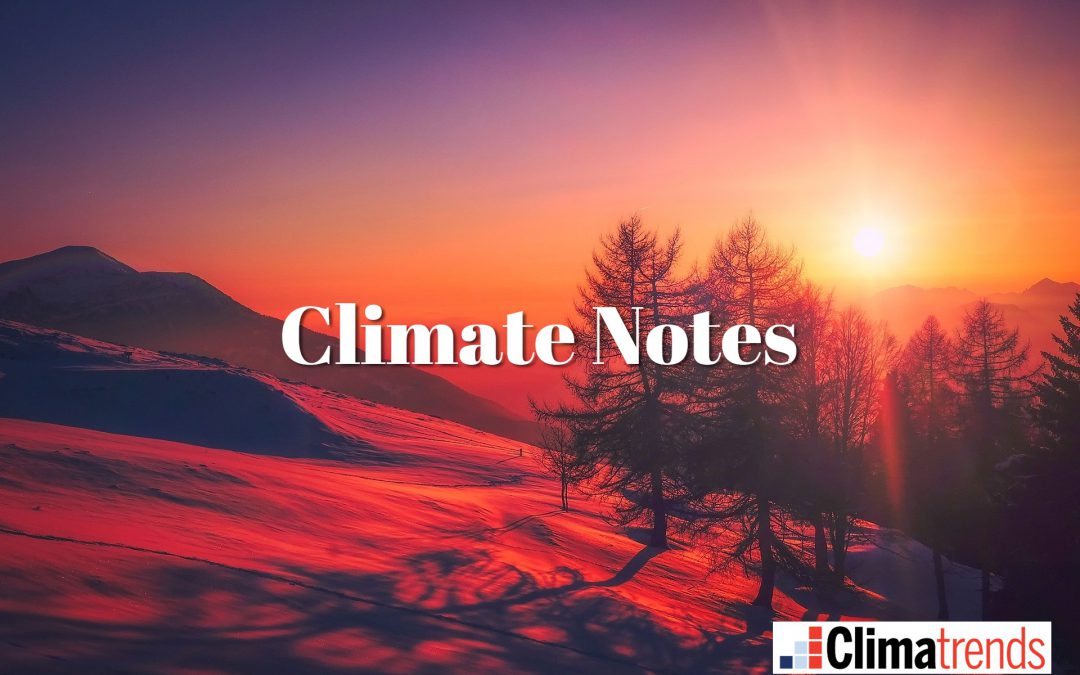 Winter: Fastest Warming Season for Most of USA. It still snows, we still experience cold fronts, but winter-shrinkage is a thing, according to Climate Central. The following excerpt summarizes what winter season data are suggesting as winter temperatures continue to warm: “Climate Central found that winter is the fastest warming season for most of the country, in 38 of the 49 states analyzed. States seeing the fastest winter-warming are clustered in the Northeast and the Great Lakes region. The transition seasons of fall and spring are the fastest warming across much of the western United States. In Washington and Oregon, summers are warming most quickly, increasing the risks associated with wildfire season. Rising temperatures can contribute to a longer allergy season, keep disease-carrying insects active, shift growing seasons and zones, and prolong the wildfire season. And potential winter energy savings from not having to turn up the thermostat are offset by the warmer summer and fall seasons that have increased our demand for cooling…” The business implications of such changes to the winter season in vulnerable industries need to be considered.

5 Things We Know About Climate Change and Hurricanes. Yes, there’s a connection. Here’s an excerpt from an explainer at The New York Times (paywall): “The tumultuous season has raised questions about how much climate change is affecting hurricanes in the Atlantic. Researchers can’t say for sure whether human-caused climate change will mean longer or more active hurricane seasons in the future, but there is broad agreement on one thing: Global warming is changing storms. Scientists say, for example, that unusually warm Atlantic surface temperatures have helped to increase storm activity this season. The warmer ocean temperatures are “absolutely responsible for the hyperactive season,” said James P. Kossin, a climate scientist with the National Oceanic and Atmospheric Administration. “It’s very likely that human-caused climate change contributed to that anomalously warm ocean…” 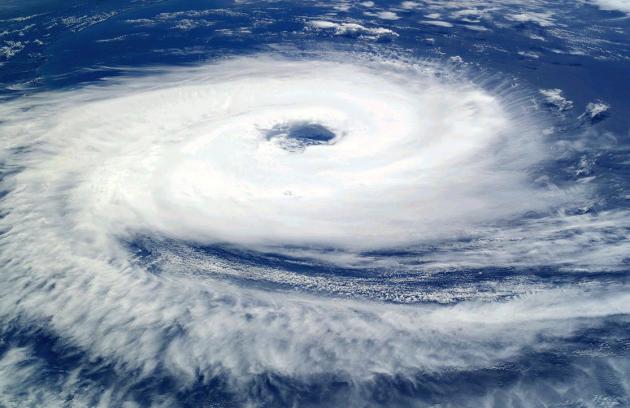 Hurricanes Could Reach Farther Inland Due to Climate Change, Study Suggests. CBC News summarizes the findings and predictions: “Hurricanes that make landfall are maintaining their strength longer because of climate change, a new study suggests, meaning such storms could have more of an impact than in the past. The reason storms are maintaining their strength, according to researchers at the Okinawa Institute of Science and Technology Graduate University (OIST), is the increase in sea surface temperatures. A hurricane needs several things to form, the main one being warm water. When warm, moist air rises from that water, it’s replaced by cooler air which in turn warms and rises. Clouds form and then, under the right conditions, begin to rotate with the spin of Earth. Given enough warm water, the cycle continues and a hurricane forms…” 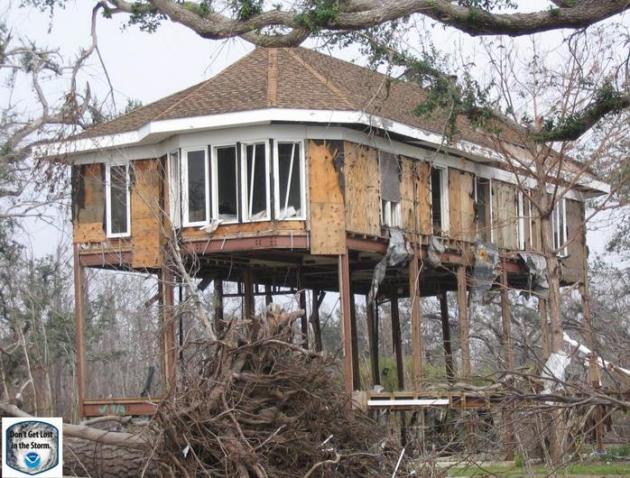 Hurricanes Are Staying Stronger Even Over Land as Oceans Warm From Climate Change, Study Finds. More perspective from Capital Weather Gang: “…Now a new study, published Wednesday in the journal Nature, shows that storms such as Michael that extend their damaging path far inland are becoming more likely to occur as ocean temperatures increase in response to human-caused global warming. The study, by Lin Li and Pinaki Chakraborty, scientists at the Okinawa Institute of Science and Technology, identifies trends in observed hurricane behavior among landfalling storms in the North Atlantic Basin during the 1967 to 2018 period. They found a slower rate of hurricane decay, defined as the decrease in storm intensity during the first 24 hours after a storm makes landfall, since they’re now holding onto more moisture picked up from warmer seas…” 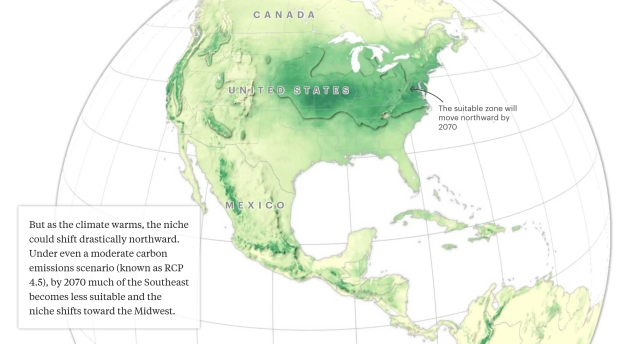 Climate Change Will Force a New American Migration. A slow-motion retreat from the most vulnerable coastal areas and fire-prone regions of the west has already begin. ProPublica reports: “…I had an unusual perspective on the matter. For two years, I have been studying how climate change will influence global migration. My sense was that of all the devastating consequences of a warming planet — changing landscapes, pandemics, mass extinctions — the potential movement of hundreds of millions of climate refugees across the planet stands to be among the most important. I traveled across four countries to witness how rising temperatures were driving climate refugees away from some of the poorest and hottest parts of the world. I had also helped create an enormous computer simulation to analyze how global demographics might shift, and now I was working on a data-mapping project about migration here in the United States. So it was with some sense of recognition that I faced the fires these last few weeks. In recent years, summer has brought a season of fear to California, with ever-worsening wildfires closing in…” 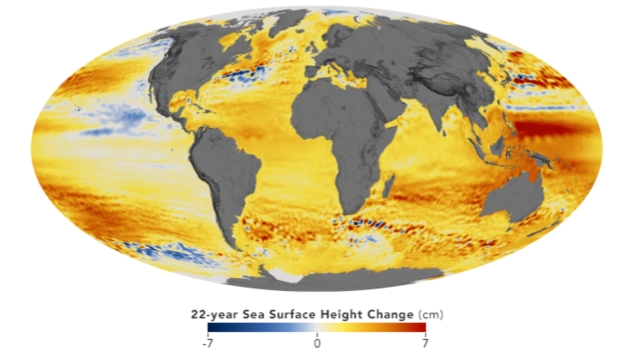 NASA Watches Sea Level Rise from Space and Its Centers’ Windows. NASA has a post; here’s an excerpt: “…Kelemen says the data coming from scientists both at NASA and from outside the agency is alarming. The most conservative estimates predict at least a 15-inch sea-level rise by 2080 but indicate a much greater impact if the rate of sea-level rise continues accelerating as it has done in past decades. For Langley, sea-level rise concerns are compounded by area subsidence – a sinking of the landmass below the facilities. Precision measurements at NASA Langley show it is sinking 0.08 inches (2 millimeters) a year, which means its effective rate of sea-level rise is closer to 0.24 inches (6 millimeters) per year…” 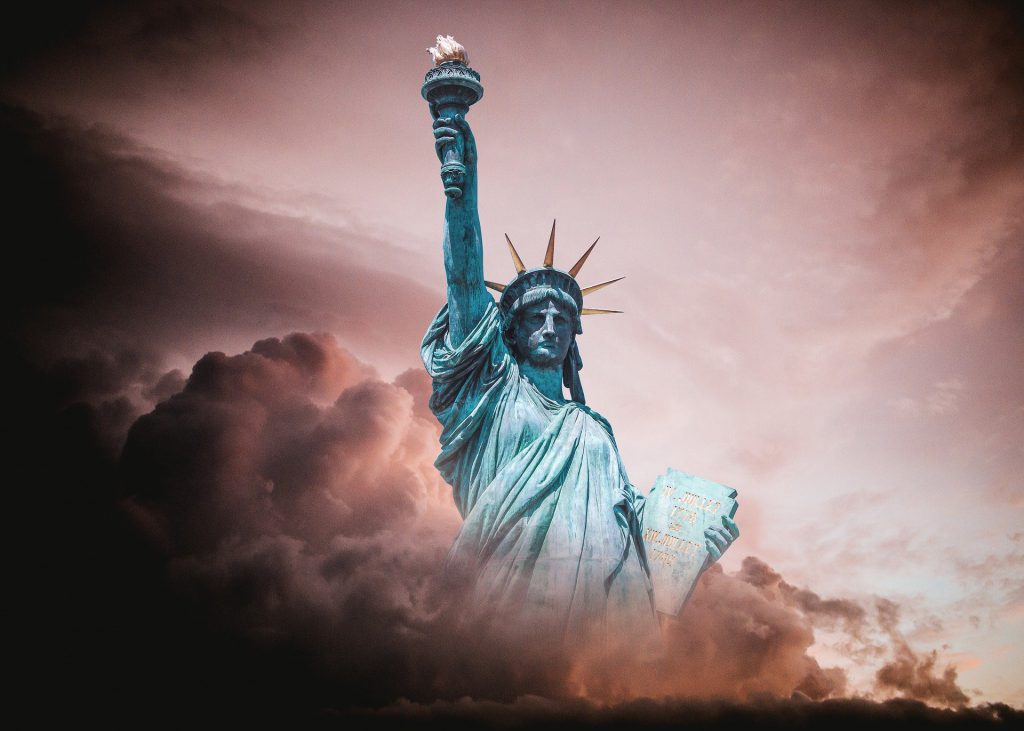 How Joe Biden Plans to Use Executive Powers to Fight Climate Change. More perspective in a post at Vox: “…But Biden’s most ambitious ideas — particularly using $1.7 trillion in government money — requires Congress to go along, and it’s not clear he’ll have a willing majority. Even a narrow Democratic majority could be thwarted by the filibuster. Biden is also likely to undo most, if not all, of Trump’s environmental rollbacks with his executive powers. Trump has repealed or weakened 125 environmental regulations, like protections for endangered species and environmental risk assessments for infrastructure, and has opened protected wilderness for fossil fuel development and logging. Some of the most notable rollbacks are of rules seeking to cut greenhouse gases, like the Clean Power Plan, energy efficiency standards, and fuel economy regulations for cars and trucks. Many of these rollbacks are also tied down in ongoing lawsuits across state and federal courts that may take months to resolve...” 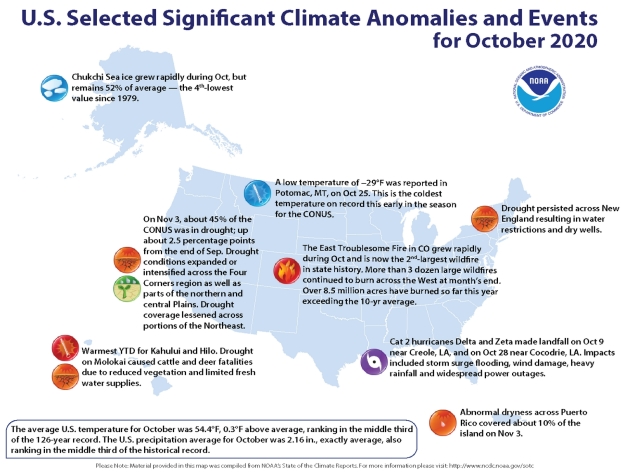