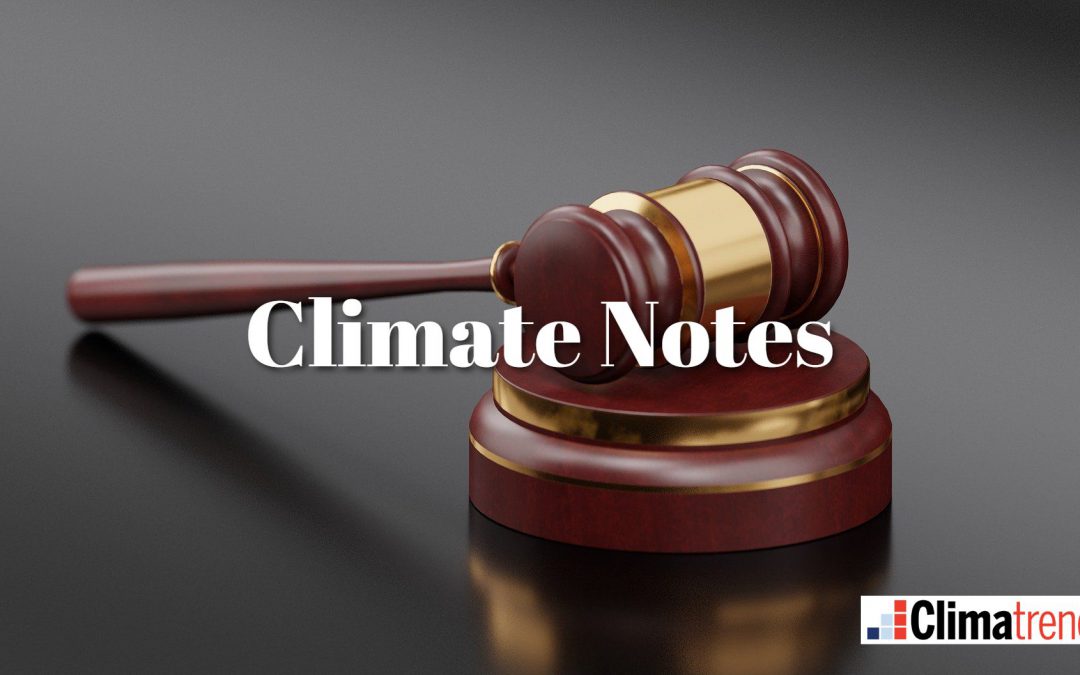 “The Most Significant Climate Legislation Ever.” How Stimulus Bill Tackles Warming Climate. USA TODAY reports: “The mammoth spending bill Congress approved (last) Monday to curb the spiraling pandemic and prevent a government shutdown carries another description: a substantial step to confront climate change. Environmental advocates are touting the $2.3 trillion bill as a potential game-changer thanks to tax breaks for renewable energy sources, initiatives to promote carbon capture storage, and a significant phase-down of hydrofluorocarbons (HFCs) that are a key culprit to the planet’s warming. In addition, the measure not only eliminates the Trump administration’s proposed deep cuts to federal climate science programs but adds millions to those programs for 2021…”

How Trump Tried but Largely Failed, to Derail America’s Top Climate Report. The New York Times (paywall) reports: “The National Climate Assessment, America’s premier contribution to climate knowledge, stands out for many reasons: Hundreds of scientists across the federal government and academia join forces to compile the best insights available on climate change. The results, released just twice a decade or so, shape years of government decisions. Now, as the clock runs down on President Trump’s time in office, the climate assessment has gained a new distinction: It is one of the few major U.S. climate initiatives that his administration tried, yet largely failed, to undermine. How the Trump White House attempted to put its mark on the report, and why those efforts stumbled, demonstrates the resilience of federal climate science despite the administration’s haphazard efforts to impede it...”

Scientists Warn Sea-Level Rise from Climate Change Could Exceed High-End Projections. CBS and RochesterFirst report: “Of the many threats from climate change, sea-level rise will most certainly be among the most impactful, making hundreds of thousands of square miles of coastline uninhabitable and potentially displacing over 100 million people worldwide by the end of the century. This threat is a top concern for national security experts because forced migration poses significant risks to international security and stability. The magnitude of this threat depends heavily on how much the oceans rise in the coming decades. But because of the complex dynamics of massive ice sheets in Greenland and Antarctica, exact estimates remain elusive, ranging from just over a foot to several feet above current levels. That disparity is the difference between tens of millions of people forced from their homes or much more unmanageable hundreds of millions displaced...”

Hawaii’s Beaches are Disappearing. ProPublic and The Honolulu Star-Advertiser report on a vexing challenge: “Hawaii’s beaches are owned by the public, and the government is required to preserve them. So years ago, officials adopted a “no tolerance” policy toward new seawalls, which scientists say are the primary cause of coastal erosion. But over the past two decades, oceanfront property owners across the state have used an array of loopholes in state and county laws to get around that policy, armoring their own properties at the expense of the environment and public shoreline access. Government officials have granted more than 230 environmental exemptions to owners of homes, hotels, and condos, according to records compiled by the Honolulu Star-Advertiser and ProPublica…”

Cambridge Becomes First U.S. City to Require Stickers Warning of Climate Threat at Gas Pumps. Business Insider explains: “Cambridge, Massachusetts, will require area gas pumps to post stickers warning of the harms of climate change, becoming the first US city to implement such a mandate, The Guardian reported. The Guardian reported Friday Cambridge will require all gas pumps in the city to display bright, yellow stickers that say “burning gasoline, diesel, and ethanol has major consequences on human health and the environment including contributing to climate change.” The stickers are intended to “remind drivers to think about climate change and hopefully consider non-polluting options,” a city spokesperson told the outlet…”

2020 Was One of the Worst-Ever Years for Oil Write-Downs. Disruption in the oil patch continues to accelerate, as outlined at The Wall Street Journal (paywall): “The pandemic has triggered the largest revision to the value of the oil industry’s assets in at least a decade, as companies sour on costly projects amid the prospect of low prices for years. Oil-and-gas companies in North America and Europe wrote down roughly $145 billion combined in the first three quarters of 2020, the most for that nine-month period since at least 2010, according to a Wall Street Journal analysis. That total significantly surpassed write-downs taken over the same periods in 2015 and 2016, during the last oil bust, and is equivalent to roughly 10% of the companies’ collective market value…”

The Climate Apocalypse is Now, and It’s Happening to You. I generally don’t buy into the booming climate gloom and doom narrative – there will be more disruption (it’s happening now) but there remains an incentive to lower emissions (rapidly) and avoid worst-case warming scenarios. That said, in the spirit of transparency, here’s a clip from WIRED.com (paywall): “…Pretty much everyone (even oil companies, but not the president) now understands that burning fossil fuels sends gases into the atmosphere and increases global temperatures. In recent years, climate science has gotten better at attribution, at figuring out more precisely how much of a hurricane, wildfire, or drought was caused by that warming and those gases. “We can see impacts on things that people care about, and that’s leading us to shorter timescales and more concrete examples,” Furlow says. “The science enables us to attribute some things more or less to climate than just to ongoing trends, and to parse the way those things interact…”