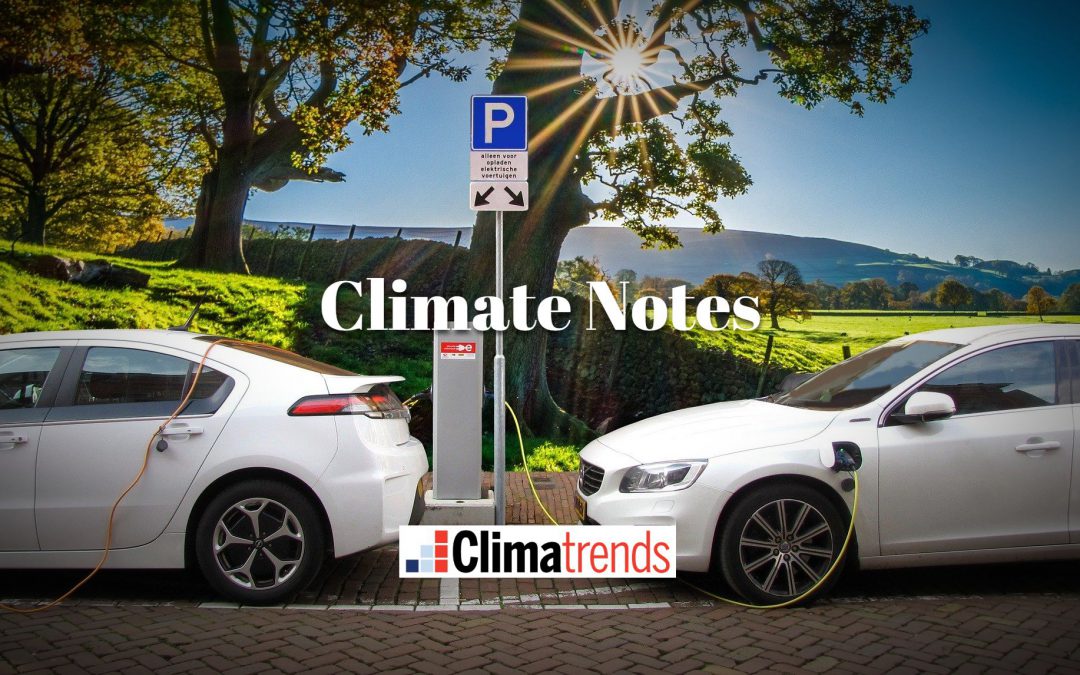 Biden, Emphasizing Job Creation, Signs Sweeping Climate Actions. Here’s a clip from an explainer at The New York Times (paywall): “…Using the government’s purchasing power to buy zero-emissions vehicles, Mr. Biden said, would help speed the transition away from gasoline-powered cars and ultimately lead to “one million new jobs in the American automobile industry.” Over all, the text of his executive order mentions the word ‘jobs’ 15 times. And in a clear echo of former President Barack Obama’s claims that his climate policies would create millions of “green jobs,” Mr. Biden also said his agenda would create “prevailing wage” employment and union jobs for workers to build 1.5 million new energy-efficient homes, to manufacture and install a half-million new electric-vehicle charging stations, and to seal off one million leaking oil and gas wells...”

Biden Suspends Oil and Gas Leasing in Executive Action. CNBC.com has more perspective: “President Joe Biden on Wednesday signed a series of executive orders that prioritize climate change across all levels of government and put the U.S. on track to curb planet-warming carbon emissions. Biden’s orders direct the secretary of the Interior Department to halt new oil and natural gas leases on public lands and waters, and begin a thorough review of existing permits for fossil fuel development. In addition to the pause on leasing, Biden will direct the federal government to conserve 30% of federal lands and water by 2030 and find ways to double offshore wind production by that time...”

Adults Should Listen to Children to Understand the Severity of the Climate Crisis. Here is an excerpt of a post at Fortune: “...Where companies fall short, children will have a big role to play in driving consumer pressure for change among adults. Sometimes they even deploy their most potent powers of persuasion on executives directly. Some in the financial and fossil industry have agreed to aggressive green plans both to avert climate change in the long term and to avoid being “disowned’ by their enlightened offspring in the short term. “Are you proud of what you do?” is what children pointedly ask of their parents in the corporate world. In the coming year, all adults in positions of power—whether in the U.S. President’s Cabinet or the corporate boardroom—should listen to young people’s simple but serious demands…”

Century-Old Michigan Home Produces More Energy Than it Uses. A post at Yale Climate Connections caught my eye: “In 2006, Matt Grocoff bought a century-old house in Ann Arbor, Michigan. It had a south-facing roof, big windows, and heart pine floors. “It was our dream house,” he says. But it lacked insulation, the windows leaked, and a 50-year-old furnace chugged away all winter long. “We had to put buckwheat pillows heated up in the microwave and stuffed down at the bottom of the bed to stay warm at night,” Grocoff says. “And then we would get the utility bill, and it was like 350 bucks a month.” Grocoff was determined to reduce energy waste and cut carbon pollution...”

Global Ice Loss on Pace to Drive Worst-Case Sea Level Rise. Another compelling excuse to rent, not purchase, coastal properties from Inside Climate News: “…The ice sheets are now following the worst-case climate warming scenarios set out by the Intergovernmental Panel on Climate Change,” he said. “Sea-level rise on this scale will have very serious impacts on coastal communities this century.” Sea level has gone up about eight or nine inches since 1880. It’s likely to rise at least 12 inches, and could rise by as much as 8.2 feet by 2100, according to recent estimates by the National Oceanic and Atmospheric Administration. The Intergovernmental Panel on Climate Change estimates a rise of between two and three feet by 2100 if global warming is kept well below two degrees Celsius (3.6 degrees Fahrenheit), or three to five feet if temperatures rise past that…”

BlackRock’s Larry Fink to CEOs: Get Serious on Net-Zero Targets or Else. Climate action may not be optional for U.S. businesses going forward, according to a post at Fortune: “Larry Fink, the chief executive of the world’s largest asset manager, is doubling down on a strategy of integrating climate risks into investing, telling his fellow CEOs he expects companies in which BlackRock invests to make clear how they will achieve their net zero emissions goals. In his annual letter published on Tuesday, Fink also said that the companies would need to lay out how exactly such a target is incorporated within their long-term strategies, and how it will be reviewed and measured by individual boards. In an accompanying letter to clients, BlackRock warned it would take action against those companies that have a high carbon intensity, and which do not align with its own net zero goals...”