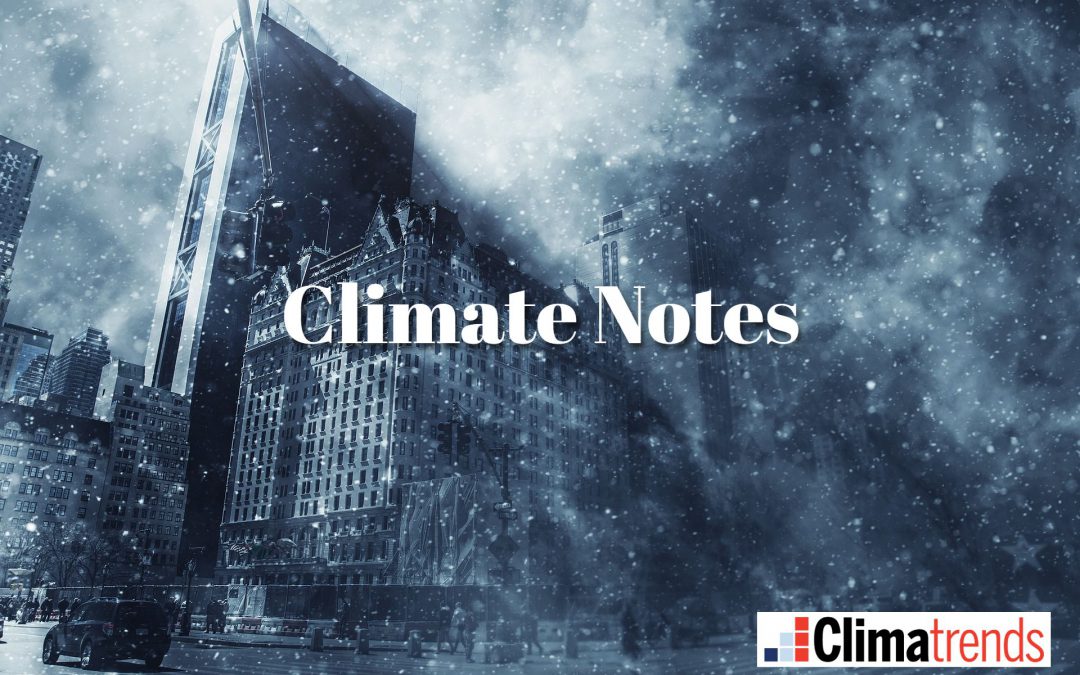 How Climate Change is Affecting Winter Storms. Not more storms, but the storms that do spin up (especially near the Atlantic Ocean) tend to be wetter, producing more snowfall. Here’s an excerpt from The New York Times (paywall): “…Although winters are becoming warmer and somewhat milder over all, extreme weather events have also been on the increase, and especially in the Northeastern United States, as Dr. Cohen pointed out in a recent paper in the journal Nature Climate Change. From the winter of 2008-9 until 2017-18, there were 27 major Northeast winter storms, three to four times the totals for each of the previous five decades. One of the factors potentially feeding storms is a warmer atmosphere, which can hold more water vapor; not only can that mean more precipitation, but when the vapor forms clouds, “it releases heat into the air, which provides fuel for storms,” said Jennifer Francis, a senior scientist at the Woodwell Climate Research Center…” The impacts of a changing climate on winter storms remains an active area of research.

Earth Looked Like Hell From Space This Year. Check out the slideshow at Gizmodo: “On their own, each of the numerous weather calamities that befell the world in 2020 would be a crisis. But hurricanes, floods, and wildfires intersected with the pandemic in ways that tested emergency response systems in ways they haven’t before. Piling the climate crisis on top of a public health crisis not only put evacuees in danger of contracting covid-19 while simultaneously losing everything they owned, it also strained disaster response resources and almost certainly contributed to ongoing disaster fatigue already plaguing first responders. This year will leave indelible scars on the landscape for years or even decades to come. The impacts will linger even longer in the atmosphere, where carbon dioxide released from fires will stay for a century or more...”

Biden Introduces Environment Team, Calls Climate Change “Existential Threat of our Time”. Fortune has more details: “President-elect Joe Biden introduced on Saturday key members of the team he is assembling to fulfill his pledge to combat climate change, calling them brilliant and qualified. Climate change is “the existential threat of our time,” Biden said, and the people he was nominated to lead the Environmental Protection Agency, the White House Council on Environmental Quality and the departments of Energy, and Interior will be “ready on day one.” “We need a unified national response to climate change. We need to meet the moment with the urgency it demands, as we would with any national emergency, ” Biden said at an event in Wilmington, Del…”

Shorting the Mortgage Market Because of Climate and Covid-19 Risks? A story at CNBC.com caught my eye; here’s an excerpt: “...Burt says that as the risks of floods, fires, and wind increase, the cost of owning a home will go up — costs from higher insurance rates, higher taxes, and uninsured losses. As the cost goes up, the value of the home goes down, and, consequently, the mortgage on the home is at a higher risk of default. It is just like during the subprime storm when borrowers who couldn’t really afford the homes they were buying were offered loans that were cheap upfront but then quickly turned expensive. They then defaulted on those loans, and home values crashed, bringing the broader economy down with them. “This is going to be much more broadly impactful than just a mortgage story,” said Burt, who is using data from Boston-based risQ, a data analytics firm specializing in climate risk…”