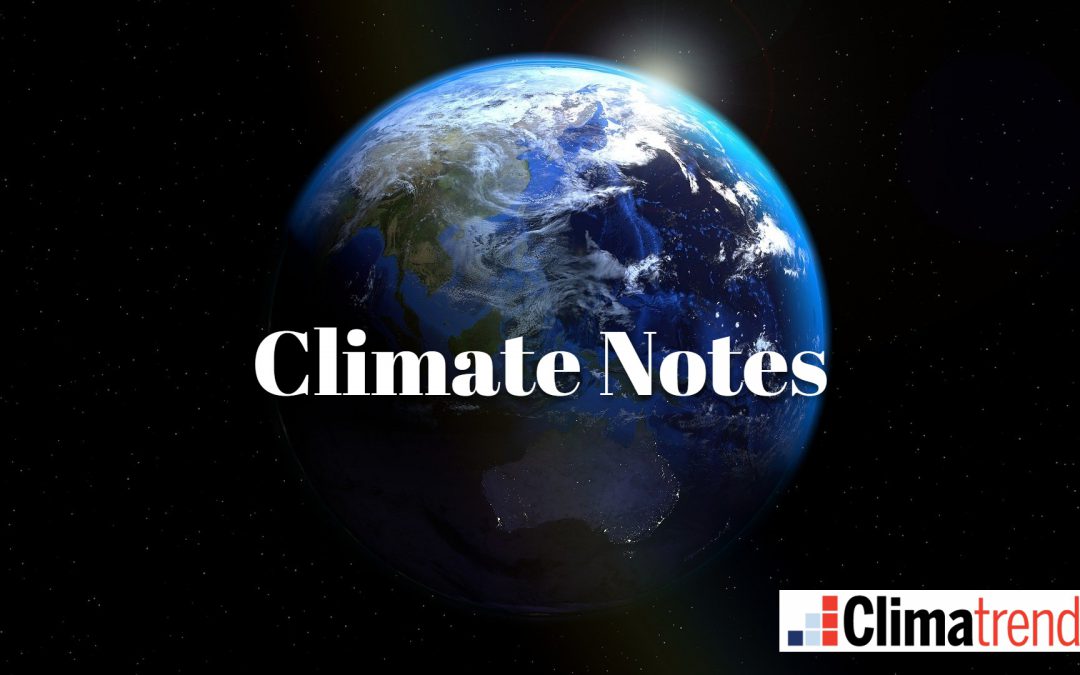 2020 Likely to End Up Hottest Year on Record. I daresay I see a trend here. NBC News has a summary: “NOAA’s calculations show that the first 11 months of 2020 were .02 degrees cooler than record-hot 2016, but there’s a 55 percent chance that 2020 will end up the warmest on record. If December is as much above normal as November was, then 2020 will at least tie 2016 as the warmest on record, Sanchez-Lugo said. Florida, Virginia, and Maryland so far have had their hottest year on record, while California had its hottest fall. For its part, NASA said 2020 so far is the warmest on record and it’s likely to stay that way…”

Exxon Mobile Pushes New Climate Change Plan as Investors Rebel. CNBC.com has the story: “A week after multiple activist investor groups targeted Exxon Mobil for recent financial underperformance as well as climate change concerns, the oil giant has released a new five-year plan to reduce greenhouse gas emissions. The company stressed that the plan has been in the works for months — its previous five-year plan through 2020 is drawing to a close — but it also noted in outlining new carbon goals that the plan ″includes input from shareholders.” Whether Exxon Mobil’s new attempt to address a lower-carbon future will satisfy shareholders likely depends on what a shareholder already expected of the company…:

Atlas Reveals Climate Change Is Pushing Birds Farther North. A study highlighted at WIRED.com (paywall) caught my eye: “Europe’s breeding bird populations have shifted on average 1 kilometer north every year for the past three decades, likely driven by the climate crisis, according to one of the world’s largest citizen science projects on biodiversity. The European Breeding Bird Atlas 2 (EBBA2) provides the most detailed picture yet of the distribution of the continent’s birds, after 120,000 volunteers and field-workers surveyed 11 million square kilometers, from the Azores in the west to the Russian Urals in the east. The book documents changes in the range of Europe’s 539 native bird species in the 30 years since the first EBBA, which was published in 1997 but was based on observations from the 1980s. It shows that since the first study, each population can be found around 28 kilometers further north…”