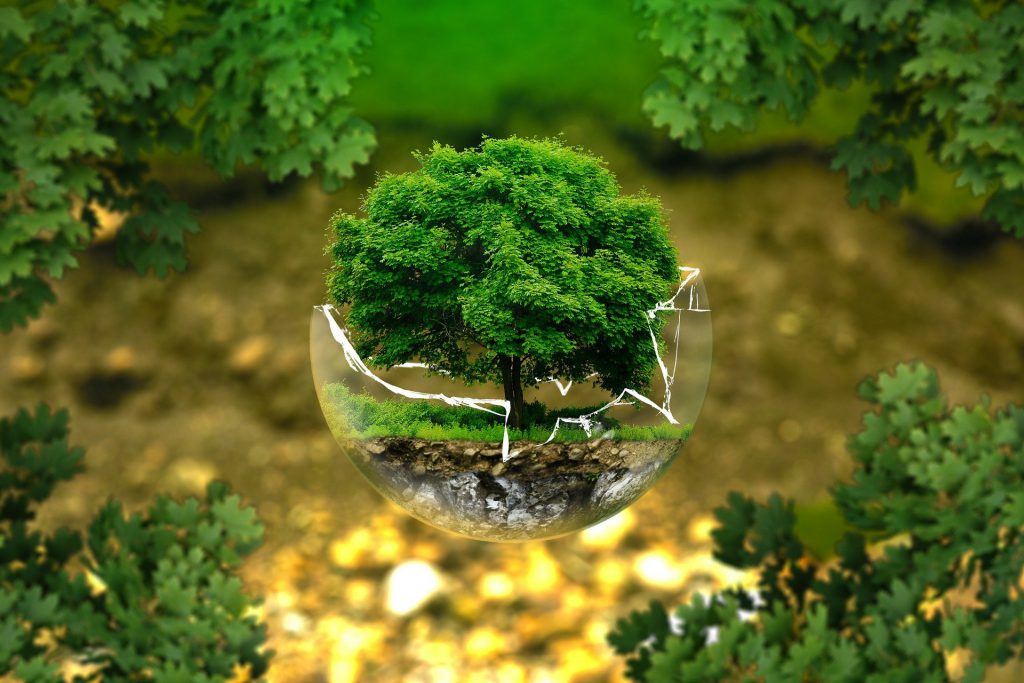 Trump Signs “Trillion Trees” Executive Order. Will planting more trees work? Here’s an excerpt from Axios: “President Trump will sign an executive order Tuesday designed to put more weight behind the administration’s role in the international One Trillion Trees Initiative, a White House official said. Why it matters: White House support for the initiative contrasts with Trump’s overall climate posture. He rejects consensus science on human-induced warming and is scuttling Obama-era emissions rules. Supporting trees, however, has been one narrow way Trump and other Republicans have cautiously backed action...” Read the official White House article on the Trillion Trees Initiative here.

More Frequent and Pervasive Coastal Flooding. Climate Matters connects the dots on frequency and intensity of coastal flooding in the USA: “Coastal floods, caused by storms or astronomical tides—or a combination of both—are becoming more common as sea levels rise. King tides, the nickname for some of the highest astronomical tides of the year, are expected along the East and West Coasts this week, raising the risk of coastal flooding. High tide flooding has doubled in frequency since 2000, and could double again, or even triple, in the next ten years. A new analysis by Climate Central shows that concurrent flooding, or floods occurring in multiple places at the same time, is also on the rise. September 22nd set a record for the highest number of concurrent coastal floods in a September, with flood-stage water levels recorded at 84 currently active coastal tide gauges around the U.S. Even low levels of flooding can have serious consequences for coastal communities, by closing roads, degrading infrastructure, and reducing property value...” 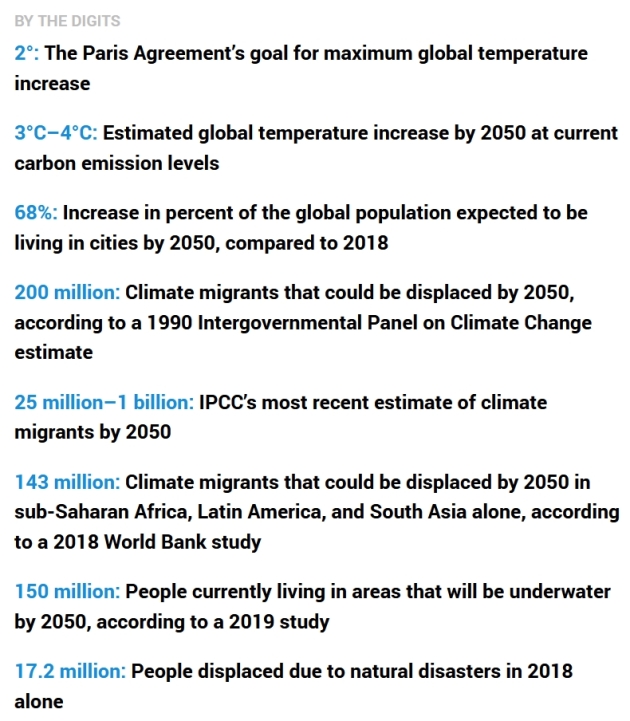 Climate Migration. The nuggets above are from a post at Quartz, focused on climate migration (which I would argue is already underway). 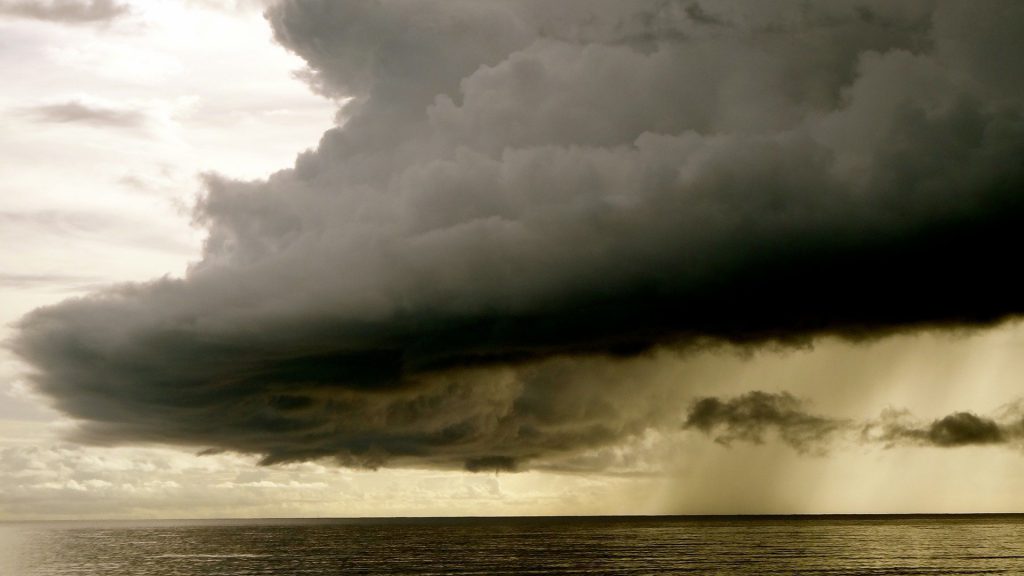 UN-Relenting Climate Disasters: Climate Nexus has headlines and links: “Climate change has driven a dramatic increase in extreme weather events over the past 20 years, and will continue to exact enormous human and economic harms in the future, the United Nations found. Climate change, caused by burning fossil fuels, increases global temperatures which, among other things, supercharges heat waves, droughts, wildfires, hurricanes, and other storms. There have been 7,348 major disasters since 2000, claiming 1.23 million lives, affecting 4.2 billion people, and costing $2.97 trillion in economic damages, according to the report. Disasters caused by extreme weather accounted for 6,681 of those events, nearly double the number of extreme weather disasters recorded in the previous 20 years. “We are willfully destructive. That is the only conclusion one can come to,” Mami Mizutori, the U.N. Secretary-General’s special representative for disaster risk reduction, told reporters.” (Reuters, The Guardian, Thomson Reuters Foundation, AP, Al Jazeera, The Hill, E&E $)

“Uninhabitable Hell”. Climate Change and Disease Threaten Millions. Here’s the intro to a story at Thomson Reuters Foundation: “A jump in climate-related disasters this century, along with the global coronavirus pandemic, show political and business leaders are failing to stop the planet turning into “an uninhabitable hell” for millions, the United Nations said on Monday. The last two decades saw the number of disasters caused by extreme weather nearly double to 6,681, up from 3,656 between 1980 and 1999, according to a report issued ahead of the International Day for Disaster Risk Reduction on Oct. 13. Worsening floods and storms accounted for about four-fifths of the total from 2000-2019 but major increases were also recorded for droughts, wildfires, and heatwaves…”

“Staggering” Rise in Climate Emergencies in the Last 20 Years, New Disaster Research Shows. UN News has more perspective: “…According to the UNDRR report – produced with Belgium’s Centre for Research on the Epidemiology of Disasters at UCLouvain – there were 7,348 recorded disaster events worldwide, during the last two decades. Approximately 1.23 million people died – approximately 60,000 per year – with more than four billion affected in total; many more than once. These two decades of disaster also caused $2.97 trillion in losses to the global economy, with data also indicating that poorer nations experienced death rates more than four times higher than richer nations. By comparison, the previous 20-year period (1980 to 1999) saw 4,212 reported disasters from natural hazards, with 1.19 million deaths, more than three billion people affected and economic losses totaling $ 1.63 trillion...”

Climate Change: Better Warning Systems Needed for Extreme Weather. BBC News reports: “A new UN report says the world needs to rapidly raise investment in early warning systems for extreme weather events. Over the past 50 years, recorded disasters have increased five-fold, thanks in part to climate change. The study warns that one in three people on Earth is not adequately covered by warning systems. The number of people in need after natural disasters could increase by 50% over the next decade. Over the past 50 years, it says, some 11,000 disasters involving weather, climate, and water-related hazards have occurred claiming two million lives and causing more than $3.5 trillion in economic losses…

Global Climate Inequality, In One Chart. Here’s an excerpt from a Quartz post: “…But tallying the damages obscures the fact that in low-income countries, a much greater portion of GDP is at stake. In other words, even a relatively low-cost storm can send disproportionate shockwaves through the economy. That’s one conclusion from a new United Nations report on the economic and human toll of disasters over the last two decades. Although total damages rise in wealthier countries, the overall loss of GDP is highest in poorer countries. The report also concludes that frequency, cost, and the fatality of storms are all on the rise, which means these disparities are only likely to increase…”

Polar Ice, Atmospheric Water Vapor Biggest Drivers of Variation Among Climate Models. Overall climate models are fairly similar in predicting future scenarios. ScienceDaily highlights new research that explains many of the discrepancies in model results: “…A Florida State University researcher is part of a team that has found varying projections on global warming trends put forth by climate change scientists can be explained by differing models’ predictions regarding ice loss and atmospheric water vapor. The work will help climate scientists reconcile various models to improve their accuracy, said Florida State University Meteorology Professor Ming Cai, one of the authors of the study published in Nature Communications. Climate scientists agree that the Earth’s surface temperature is warming, but the details of exactly where and by how much are less clear...”